Applying for visa and other types of sponsor licences in London can be tricky at the best of times – especially in the cases of those that are wholly new to the subject. Needless to say, when and where applications come to nothing and applicants face refusal, it really doesn’t bode well for motivation or for the urge to try once again.

Of course, in a logical sense the best thing to do when an application is unsuccessful is to take a step back and have an objective look at why it failed. All the pouting and protesting in the world will come to nothing where these kinds of legal matters are concerned, which is why it’s in any failed applicant’s best interests to work out where they went wrong and ideally try again. 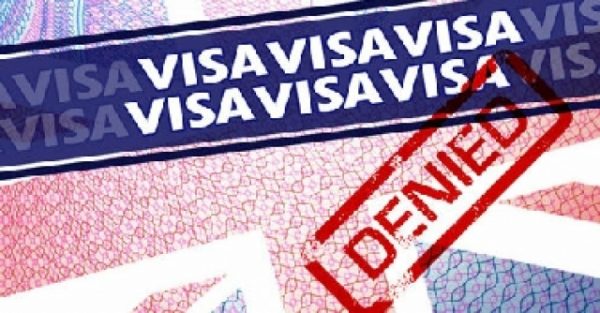 And while there are of course endless reasons why an application may have failed, the following grounds for refusal tend to be the most commonly enforced of all:

You Don’t Meet the Criteria

First of all, if you don’t meet the criteria for the visa you’re applying for to the very letter, you have no chance of being accepted. It’s common to assume that if you’re a pretty close match and are right on the borderline, you’ll be considered close enough and therefore qualify. Sadly, this isn’t the case – UK immigration law and criteria in general were brought in to eliminate grey areas and grounds for consideration in most instances. So, if you don’t qualify to the letter, you’ve no chance.

A few examples according to the official gov’s guidelines for Tier 2 Visa applicants include:

If you fail to meet any of these even by a fraction of a percentage, you’re almost guaranteed to be unsuccessful.

You Filled out the Wrong Form

It sounds like the kind of mistake that nobody would be silly enough to make, but it’s nonetheless one of the most common of all. The problem here is that so many immigration application forms not only look the same, but have extremely similar names and codes. As such, it’s surprisingly common for an applicant to meet every single criteria across the board, fill their form out with the utmost care and generally believe they’re a shoe-in, only to have the application thrown out for having been made using the wrong form.

You Made Careless Mistakes

Regardless of personal views as to whether lawmakers are being too picky and petty, it’s a fact nonetheless that careless mistakes will often result in otherwise perfect applications being thrown out. Anything from putting detail in the wrong boxes to generally messy presentation can make the difference between success and failure. It’s worth remembering that the forms are processed and sorted by machines, so don’t necessarily assume than a human eye will be used to go over it…chances are it won’t.

You Didn’t Include Sufficient Documentation

Documentation is a very, very big deal when it comes to UK visa applications. If for example the application requires that you submit any given document, this does not mean you’ll get away with sending either a photocopy or digital copy. Likewise, being asked to provide evidence of any given kind does not mean you’ll get away with promising to ‘get hold of it’ at a later date. If all they ask for isn’t there when they need it and in the form they need it in, it’s game over.

You Were Given Poor Advice

Last but not least, it’s really not the nicest thing to think about to say the very least but it’s worth considering whether or not the immigration expert or lawyer you called upon for help gave you the kind of advice that in any way helped your cause. And of course, if you didn’t take on any professional help at all, this could be where you went wrong. As such, it’s worth giving thought to seeking the advice of a seasoned and reputable professional who may be able to both explain where you went wrong and ideally make sure that the same isn’t allowed to happen twice.

Common Types Of Lawyers You Can Consult Today

You Didn’t Know? How A DUI/DWI Can Affect Your Life Outside Of Court