The concept of green revolution starts from the home. Every individual has their part to play in the green revolution. This fact was established right at the beginning of the green revolution. Still individuals trying to evolve a green eco system in their house or locality are facing great difficulties. The difficulties come from different aspects, and sometimes they become too much to cope with. In this struggle some individuals mange to fulfill their green dreams while some others give up halfway through. Carol Walters and Lawrence Walters, a couple from New England have managed to convert their dream of a green home into reality. 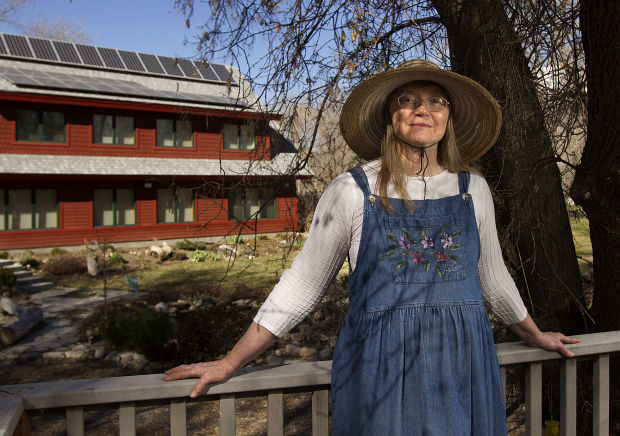 When Carol and Lawrence Walters started out their endeavour in building a green home, they faced much difficulty. The materials those were required for the construction of the house were not readily available. There were also not many construction workers who knew how to work with the materials required building the house. Despite facing all these difficulties, the couple managed to convert their farm house into the ultimate green house of the century. The house is self sufficient in many aspects.

The first green aspect of the house is that it can be heated naturally by the sun rays falling on the house during the winter season. The next green feature is that the house can also be cooled using a very unique technique, known as the passive solar design during the summer days. The house has no air conditioning system. Adding thermal mass in the walls can counter the extreme heat in the upper floors of the building during the summers. The cooling and heating is possible because of the structural insulated system in the house. It is one of the first houses in Utah to employ this technology in their house. The structural insulated panel or the SIP is insulation of 10 inches which makes the house airtight.

As the house is airtight, so it is easier to heat and cool the house naturally. In normal houses, there are air gaps or leaks. The cumulative size of these leaks can be as much as 10 feet, which can render most of the heating or cooling used a waste. The technology used to heat the house is very interesting, which involves a travertine stone floor, specially designed windows and water pipes. A water heating system is in place to heat the house in case the first way fails. The house also has 30 solar panels installed from which all the electricity used in the house is derived. So the house is self sufficient when it comes to electricity.

Renewable Energy May Be The Answer

Keep Your Yard Looking Fabulous: 5 Ways To Maintain Your Yard