Poker is a game that is enjoyed by many. The competitive sport brings in people of all ages to dabble in the possibility of winning big. It is a very sociable game, allowing people the chance to come together over a game they love.

Bwin Poker is a great website for playing online poker and placing bets. There are also some mobile applications to download and play on the go, making it easier to play the game or brush up on your skills wherever you are. Bwin is supported by Manchester United, Real Madrid, FC Bayern and RSC Anderlecht. Being a game quite similar to football, you can see the appeal for footballers whose careers have come to an end. The thrill of playing against other people for money makes the competition between players higher. You want to carry on playing to improve your skills and learn to beat your opponents. 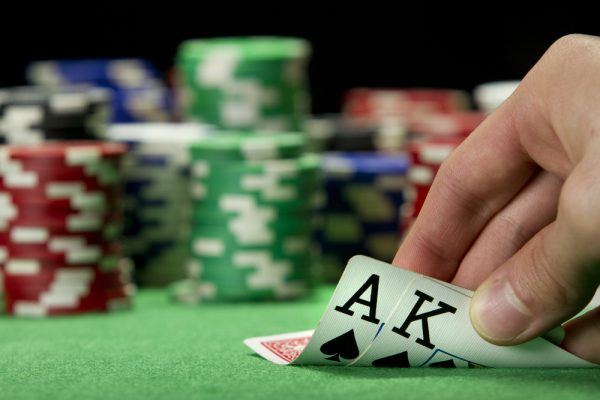 There are a few footballers who like to play poker as a hobbie but also get involved in tournaments. Tony Cascarino is a well known footballer who played for teams such as Marseille, Chelsea, Celtic and Aston Villa as well as the Republic of Ireland. He retired after many years playing the field to playing in poker tournaments instead. And it turns out he is quite good at it too. He has won over $500,000 whilst playing poker, and has also managed to come 14th in the European Poker Tour and won the Grosvenor United Kingdom Poker Tour in 2008.

Toman Brolin is another footballer who you might recognise. He played for Leeds United in 2007 and is also an avid poker player. Like Tony Cascarino, he also turned to poker pro once he had retired and took part in many tournaments, including one in Prauge (EPT) receiving $12,000 as his total winnings but also a further $38,000 in a similar event a year later.

A player who once played for Manchester United and Tottenham Hotspurs, called Teddy Sheringham has been playing poker for around seven years, earning almost $330,000. He has finished 14th, 49th and 5th in some of the best and most renowned poker tournaments around the world, showing he is quite a player both in the football world and the poker one too.

The Most Popular Disney Character Costumes For Halloween