It’s that time again. Time for nacho plates, personal fouls, and “Please Tony Romo, throw a touchdown but to ANYBODY but Dez Bryant!” The NFL is finally back and in full swing and so is fantasy football. The fall season can’t officially begin until the draft board has been filled and the sleepers have been woken up. Make this season even more memorable than your seasons past. Here are some tips to bring more excitement to your fantasy football league.

Put something on the line

Those back-to-back titles you won look great on your Yahoo Sports bio, but aside from your virtual mantelpiece, what else do you have to show for them? Putting something on the line beyond pride makes the fantasy football season that much more exciting and important. Money is always a popular choice, as is a league dinner in which the runners up pay the champion’s tab. 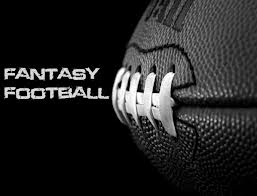 But every fantasy football veteran knows – or at least anybody who watches The League – the holy grail of fantasy football is the trophy you get to hoist at the end of the season. Trophies have become the stuff of legends in fantasy football leagues nationwide. Whether they’re made of glass, metal, or some random object, the trophy is the ultimate validation of your championship.

Online drafts are convenient, but if you have the geographical ability to have everybody in the same place at the same time for a live draft, it’s definitely worth it. Make an event out of it. Order a few pizzas, buy a keg or two, and bonus points if you can schedule the draft the same day as a preseason or college football game. Get everyone together for a day of fun and trash-talking while you still can, because let’s be honest, you never feel as good about your team as you do on draft day.

The basic strategy of fantasy sports is simple. Choose the players who you think will have the best seasons. However, keeper leagues employ a more advanced strategy. Keeper leagues allow you to hold onto a certain number of players from your previous year’s roster, and cause you to take into account age and continued productivity. That Colin Kaepernick for Peyton Manning trade looks pretty enticing in your year-to-year league, but not so much if you consider that Kaepernick can be your quarterback for the next 10 seasons.

Additionally, keeper leagues guard against the practice of a losing team dumping its best players onto a contending team. Just like in real sports, you want to hold onto your guns because there’s always next year.

There are tons of ways to tweak your league’s settings to shake things up a bit. Using unconventional rosters will make your league participants draft creatively. Rather than draft individual quarterbacks, draft team quarterbacks. That means if you draft the Patriots, you’ll likely have Tom Brady, but if he goes down, you’re now the proud owner of Ryan Mallet. Some leagues draft individual defensive players as well.

As for rules, the changes you can make range from disallowing roster moves throughout the season to flipping the scoring system upside down, making interceptions and fumbles worth more than touchdowns and yards. You should consult with the rest of the league before making major changes, but if you all agree on something, the possibilities are endless.

Written by David Cormier, a business professional and expert at EDCO.com

Drills To Perfectly Hole Your Ball

The Benefit Of Exercise