Imagine enjoying the night with your friends, having fun and consuming a few drinks. After a few hours and a couple more drinks, you decided that it is time to let the social media know what you are doing. You imagine writing something incredibly deft and witty. Next morning, you wake up to your mother leaving a personal message on Facebook saying no one wants to know what you did at three in the morning. Oops, maybe posting in Facebook wasn’t a bright idea.

A lot of people are guilty of doing stupid things when drunk, and one of them is drunk Facebooking. This is the act of leaving comments, posting statuses, making conversation, or sending personal messages over Facebook while intoxicated. This is a problem that is currently reaching endemic proportions. In fact, teenagers who post photos and other details of their drunken shenanigans on social media can get into trouble. Future embarrassment is not the only thing that they should worry about. 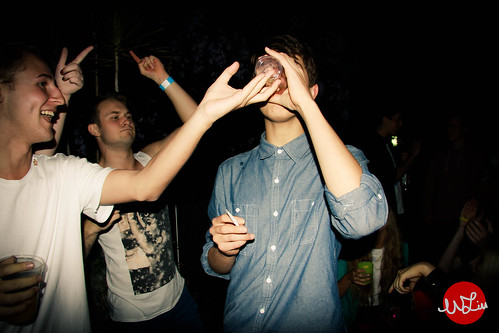 Going online and playing with Facebook while drunk can lead to life changing consequences. It can even be as hazardous as trying to operate a motor vehicle. You need to understand that when you’re drunk, your decision making ability is impaired, and sharing your impaired thoughts with hundreds of Facebook friends can easily result to social destruction and future embarrassment. But those are not the only consequences you could face.

Here are some of the reasons why you should never drink and facebook.

When you do stupid things while drunk at a party, it has less impact since the partygoers are often as drunk as you are. When you do something stupid at the wee hours in the morning online, however, your drunken post will show up on your friends’ Facebook page. Your post will be read by hundreds of people who are sober. Often, drunken facebook posts can get you into trouble, especially if your parents or relatives see them.

You Could Face Legal Charges:

Posting a status or leaving a message on Facebook while drunk can lead to legal trouble. The Law Offices of Tad Nelson & Associates, a law firm in Houston,Texas that handles DUI cases, states that investigators can check social media sites and look into what you’ve posted during a criminal case investigation. With this in mind, you should be careful with what you post online and make sure your information is private.

Take the case of an Oregon teen as an example. Eighteen-year old Jabob Cox-Brown was arrested and charged with a misdemeanor after he posted a status in Facebook that says, “Drivin drunk”. Although the post was meant as a joke, some of his friends read the update and called an Astoria police officer.

Alcohol intoxication can make you do things you normally wouldn’t do when you’re sober, such as taking off your clothes in public. Add Facebook, a camera, or a webcam to the mix and you have a huge disaster waiting to happen. You might wake up the next morning, groggy, and unable to recall what had happened the night before, but when you open your Facebook page, you see your nude photos uploaded, commented, and shared a hundred times over.

You Could Get Other People In Trouble:

There was this one case wherein a freshman student and her friends got drunk and accidentally broke the window. Two campus police officers came and one thing led to another. Instead of being interrogated, the drunk freshmen and the police officers took fun pictures of handcuffing the students, playing with the night stick, and so on. The student then uploaded the pictures via Facebook. The chief of security found out about it and had the officers fired. It appeared that what they did was a huge no-no for authorities.

All these could be easily avoided if you simply stay away from Facebook and other social media platform whilst having a drink. Better yet, you should be a responsible drinker and never get intoxicated.

Kris Lim is a blogger and an avid Facebook user. She had seen a lot of drunken Facebook posts; thus, she warns her friends not to do the same. She knows that these posts could lead to serious consequences, such as possible legal charges.

When Do You Need Load Balancing?

Advantages Of Using A Mobile App Dedicated To Your Business

Why Click And Collect Is The Future Of Retail