Doha, the capital city of Qatar, is one of the crown jewels of the middle east. Over the past ten years, the city has been transformed from a relatively small and dull city into a sprawling metropolis that rivals some of the best tourist destinations in the world. 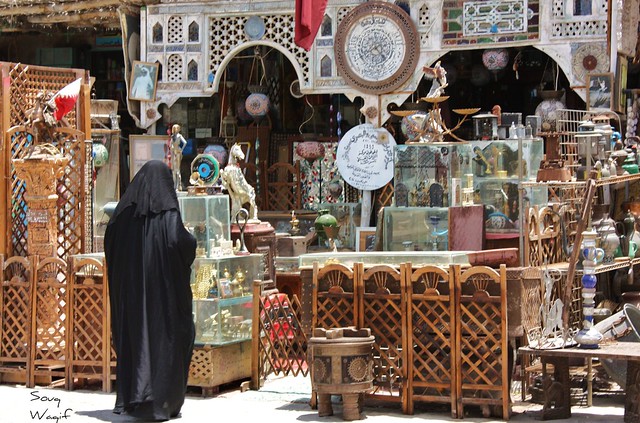 This article will list 7 of the best sights and attractions to enjoy during a weekend in Doha.

Arab settlers first set foot in the Qatari Peninsula over 7,500 years ago. They first made camp where Doha stands today.

Qatar was ruled by many different nations – including Bahrain and Turkey – before it fell under British rule in 1916. The British ruled Qatar until 1971, when control was handed back to the Qatari ruling family. Qatar has remained an independent state since.

Doha is home to dozens of forts and towers that were built hundreds of years ago. These forts and towers remain remarkably well preserved today, despite their heavy use during times of war.

Of Doha’s many forts and towers, the Doha Fort is easily the most impressive.

The Doha Fort, built during the 19th century, is one of the most stunning examples of Arabian architecture in Doha. Inside, there’s a small museum featuring exhibits that tell Qatar’s history.

With traditional Arabian stylings, the Fort stands out against the modern buildings that now dominate Doha’s cityscape.

Doha is quickly becoming one of the best shopping destinations in the world. The city is already home to hundreds of shops selling all types of goods, and that number is growing every year.

Silks, jewellery, spices, textiles and more can be found in the traditional markets, known as souqs, while modern designer shops can be found in one of the city’s many air conditioned malls.

Of the city’s many souqs, the Gold Souq and the Souq Waqif are arguably the best. These souqs are home to hundreds of bazaars selling a variety of goods, as well as food stalls selling a number of traditional arabian dishes.

If you’re looking to visit the souqs, be prepared to barter for any goods that catch your eye. The local salespeople are crafty and adept at selling their goods for more than they are worth. Make sure to bargain hard to avoid getting ripped off.

#3 – Visit one of Doha’s many art galleries and museums

Doha is one of the best places in the world to explore the wonders of Islamic art.

The ‘Museum of Islamic Arts’, located close to the centre of Doha, is one of the best museums in the Middle East, and a must visit for all art lovers. 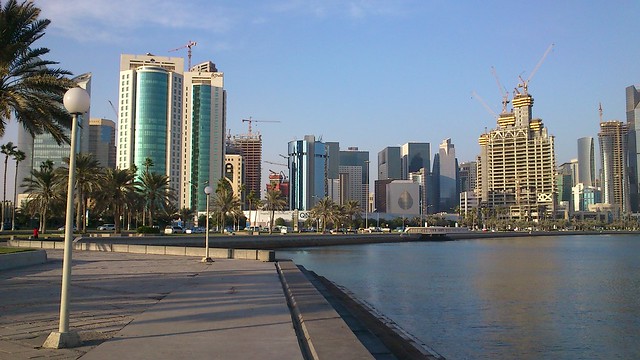 A view along Doha’s Corniche on a November afternoon.

The Doha Corniche is a waterfront promenade stretching out for nearly six miles along the Doha Bay. The promenade is one of the most impressive sights in Doha, and a must visit for every traveller to the city.

You can walk down the Corniche, taking in its many sights along the way, or you can take a boat out into the Corniche to see it up close. Speed boats, yachts, and even traditional Arabian boats are all available for hire in the bay.

The Corniche is also the perfect place to enjoy a leisurely drive, especially during sunrise and sunset when the skies becomes a fiery orange. If you need to rent a car, there’s lots of companies like National Car Rental, Hertz and Avis available in the area. These rental agencies have a variety of cars available for rent, from small economical hatchbacks to luxury sedans and 4x4s.

#5 – Explore the deserts surrounding Doha on a desert safari

Doha is surrounded by desert on all sides. These deserts are vast and dangerous, with little water, high temperatures and sandy, blustery winds.

If you’re feeling adventurous, you can hire a 4×4 and a guide to head out into the deserts. Some tour companies even arrange trips to stay overnight in the Bedouin camps deep within the desert sands. These trips are not for the faint of heart.

Some of the most breathtaking sights in Doha’s deserts include sweeping mountain plains, seas with perfect blue waters, and some of the largest, most impressive sand dunes in the world.

Doha’s nightlife is legendary around the world, and for good reason.

Unlike most cities in the Middle east, Doha’s nightlife is lively and exciting. Parties generally start at dusk and continue all the way ’til dawn.

The Pearl Qatar, an artificial island nearly four million square miles in size, is the place to be once the sun sets, with regular parties being held in the clubs and bars on the island nearly every night. Bars, restauraunts, shisha lounges, and clubs can be found scattered throughout the city too, as can cinemas, bowling alleys, and other attractions.

Qatar, and Doha in particular, is already gearing up and preparing for the World Cup, with construction taking place throughout the city.

The Aspire Zone, or Doha Sports City, as it is known locally, is set to the be the centrepiece of the 2022 World Cup. It’s here that the opening and closing ceremonies will take place, and the World Cup final will be played in front of more than 50,000 football fans from all over the world.

Even though the Aspire Zone is still being constructed, it’s already open for visitors to explore. Located 15 minutes outside of the city, it’s a must visit for all sports and football fans.

John is a freelance travel writer, based in the UK and with extensive experience of the Middle East

6 Unforgettable Family Holidays That Has Inspired Your Life