With the broth of the new-age high speed internet connection, the digital subscriber line or DSL is seemingly slowly starting to fade. However, most rural areas, whose new-age technology hasn’t metyet, still have to rely on the dial-up DSL connection. But let’s take a quick look back at how it has been for the DSL through the years. 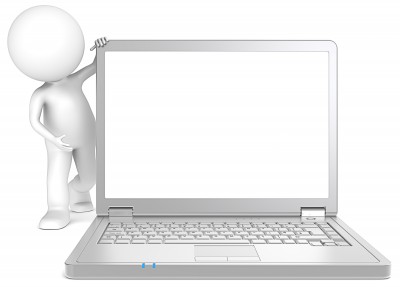 It Started With Paper!

In 1948, a celebrated American mathematician, electronic engineer and cryptographer who is more widely known as the Father of Information Theory wrote a paper entitled: A Mathematical Theory of Communication. This paper eventually led to the idea of the DSL.

The earliest patent recorded which resembled the DSL today was in 1979. It was then designed for the use of existing telephone wires for both voice phone service as well as data terminal which were then connected to a remote computer using a digital carrier system.

The motivating factor for the digital subscriber line technology was actually the Integrated Services Digital Network or ISDN whose specification was proposed in 1984 by the ITU-T as part of Recommendation I.120, and was later reused as ISDN Digital Subscriber Line or IDSL. It was during that time that the employees at the then Bellecore, now Telcordia Technologies were able to develop an Asymmetric Digital Subscriber Line or ADSL. They filed a patent in 1988. They strategically placed a wide-band digital signals above the existing “baseband” analog voice signal, then carried between a telephone company, the telephone exchanges and customers using the  conventional twisted pair cabling facilities. After which, this considered to be a consumer-oriented ADSL was then designed to run on active lines which have already been conditioned for Basic Rate Interface ISDN services, which itself is also a digital circuit switching service (meaning it is non-IP). Although most incumbent local exchange carriers condition Rate-Adaptive Digital Subscriber Line to work on just about at any available copper pair facility not caring whether conditioned for BRI or not.

The early DSL service mandated a dedicated dry loop (hence, the term digital service loop), but because of competition, the U.S. Federal Communications Commission or FCC then required service providers to lease their lines to competing DSL service providers hence, the birth of shared-line DSL. The project was also known as DSL over Unbundled Network Element, and it was basically an “unbundling” of services which allows a single subscriber to receive two separate services from two separate providers on one cable pair. This is possible because the  DSL service provider’s equipment is located in parallel  in the same central office or the telephone exchange alongside the internet local exchange carrier (ILEC) which supplies the customer’s voice service. Next, the subscriber’s path is then re-wired to program with hardware supplied by the ILEC which combines a DSL frequency and points of transfer frequency on a single copper pair facility.

20th Century- Present: Is It A Goodbye?

The DSL has made a steady mark and is now part of our households. However, because of competition and the need for speed, the subscribers have slowly declined. It may not be a goodbye though, because it can still compare to others.

Ronald is a computer science student and a freelance blogger, he loves to write articles on topics like technology. He always logs on to www.dslproviders.net for checking out the latest deasl on internet services in his area.

The Origin of Intrinsically Safe Tablets

Tips On Successful Deployment Of Kiosks