The UK has been working on reducing its carbon emissions to ensure it meets targets in the Climate Change Act by 2050, which is closer than you think. There are five year targets that should help the UK reduce carbon emissions on a regular basis and currently, we are in the first year of a five year reduction that will end in 2017. Continually postponing targets will both detrimentally affect the environment and cost the UK heavily in the way of fines.

The Committee on Climate Change provides advice for the government to act on, but ultimately, it’s the UK businesses and individuals that hold the power of change in their hands. The move from a weekly rubbish collection to a fortnightly affair with recycling picked up weekly has been hailed a success in most counties throughout the UK, but what can businesses do to help apart from switching off the lights when they are not in use? 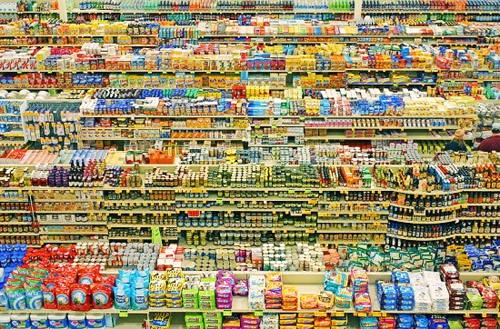 A Change for the Better

One thing that concerns me is that packaging for consumables in supermarkets is still lagging well behind the times. We are not allowed to recycle black plastic because according to the Bristol local authority website, the machine that sorts through the type of plastic is unable to distinguish the exact type of plastic because of the way in which the machine ‘sees’ the plastic.

I may be missing the point here, but why then, doesn’t food manufacturers and other industries that use black plastic on a regular basis work out how to supply their products in suitable packaging for recycling? Surely there could be some government powers that says we want our plastic blue, green purple or whatever?

Either that or work out a way that enables us to recycle plastic food cartons, which as a single person, tend to make up quite a large percentage of the plastic I could recycle each week.  According to EnviroSort, which are part of Severn Waste Services, black plastic that is often used for microwave meals are made from a “special” type of plastic that is more difficult to recycle. They also state that the black plastic will not reflect in their sorting machines, but surely this points to a flaw in the market.

Personally, I’m happy to buy my food with as little packaging as possible if it means less damage to the earth. If that means emptying my food onto a plate before microwaving it, then that’s not really a problem. After all, that’s what I usually do after I reheat it anyway. What percentage of the market actually takes a microwave meal to work and never uses a plate? I doubt it is significant and I doubt even less that people would stop eating microwave meals if they had to use their own plates.

Obviously points are going to become an issue at some point in the future so why not start the crack-down now? I find it infuriating to see something done in the name of going green when the job is only half done. I don’t expect the world to start recycling clothes from the 80s or revert to eating with their hands, but who actually creates the rules on what can and what cannot be recycled simply because it’s too fiddly to handle?

Karen Underwood is a concerned friend of the earth who sells a solar powered festive lights range online to like-minded people and those who simply want good lights.

Don’t Make These Mistakes When Hiring A Catering Company