What so many fail to take into account when getting started with crochet for the first time is that there is indeed a very exact science to getting it right. Crochet differs from so many other crafts in the way in which most can be approached in a variety of ways and to some extent ‘hacked’ at until the results come through. With crochet on the other hand, there are certain rules that must be followed at all times and from day one in order to both build good habits and achieve the best results.

According to the folks at www.wisebadger.com, many newcomers fail to clearly draw a line between creativity and technique – the latter of the two being the more regimented and scientific. You can be as creative as you like with the design work, but when it comes to putting things together, it’s crucial to follow the rules and go by the book. It’s a bit like baking an enormous and creative cake – it’s up to you where you take things in an aesthetic sense, but you’ll still need to follow the most basic of recipes to make it work. 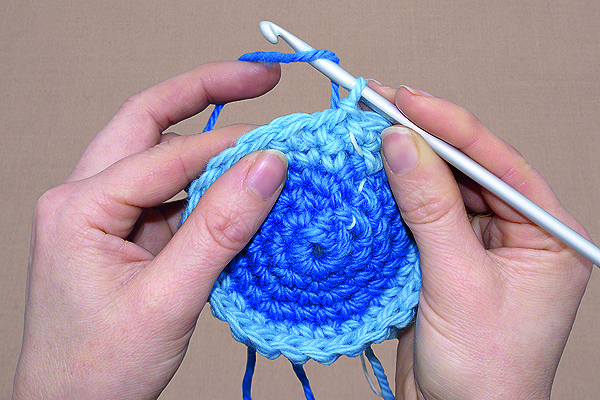 So at the risk of upsetting a few newbies who may already have fallen into a trap or two, here’s a quick overview of six of the most common crochet mistakes to avoid at all costs:

To be honest, this is less of a newbie-exclusive mistake and more a mistake made by every single person with an interest in crochet at some time or another. The reason being that it is also the easiest of all mistakes to make – everyone loses count from time to time and it’s therefore inevitable that counting stitches will sometimes lead you awry. The solution is therefore painfully simple yet bound to be overlooked – make sure stitches are counted with supreme care and that stitch markers are used when and where necessary to help.

It’s often not very long at all before a newcomer will work out that gauge does in fact matter … and a lot! The simple fact of the matter here is that if you ignore gauge size, mix gauges up or don’t pay them any attention at all, the finished size of what you come up with will either be wrong or all over the place. All patterns are written in a certain gauge for a very good reason and you cannot afford to ignore it … unless of course you don’t mind wrecking your result.

Guess what – crochet is easy! Yes, that might sound a little like an over-generalisation, but the thing about crochet is that no beginner ever starts out with an advantage over any other. What’s more, the basic mechanics couldn’t be easier either – it’s simply a case of following the rules and practicing. As such, the more you try getting technical and worrying about the little things, the longer it’ll take you to progress.

You know how they say you can’t cook a meal angry or you’ll taste it in every bite? Well, it’s sort of the same thing with crochet as if you were to compare two items – one created with a smile and the other a frown – you’d see the difference in an instant. Not only is it supposed to be a fun hobby in general, but to go about things with a frayed temper or any kind of aggression means to wholly ruin the results you could have come up with. So if you find yourself losing your temper for any reason, walk away and come back when you’ve cooled down.

It might not always be possible for every newbie to team up, but with a web community of millions of crochet fans at your fingertips, going it alone is totally unnecessary. Whether it’s asking a specific question, bouncing ideas off others or troubleshooting something that’s causing the problem, there are so many people out there just waiting to hear your calls and help you out – crochet can be wonderfully social.

Last but not least, finishing anything at all that’s 100% perfect first time round is something that takes years, even decades, to accomplish. As such, when starting out (and for quite some time, at least) it’s crucial to be realistic and accept that nothing will look 100% perfect and that mistakes here and there can be truly charming. Ironically, it’s the perfectionists that are doomed to failure from the start!

Sweet Sixteen! 5 Things You Must Know Before Your Child Gets Behind The Wheel

3 Ways to Maintain Your Income While You Travel the World