Immigration reform is a hot topic – the subject has seen more press attention in the past few months than in the prior few years combined. 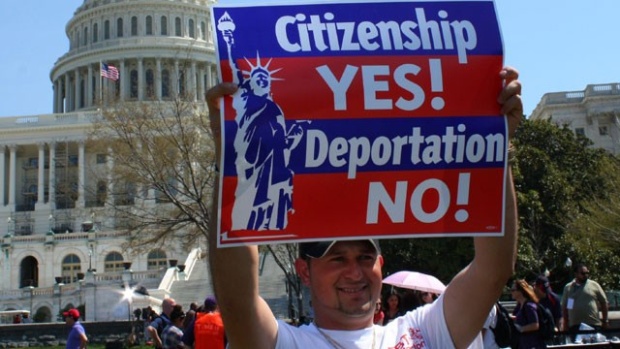 A burgeoning Latino population in the United States and the 2012 presidential election results (Obama received 70% of the Latino vote, forcing Republicans to take notice and consider a more centrist approach to immigration issues) are the impetus for serious consideration of a major overhaul of US immigration law and policy.

Even many of those who in the past staunchly opposed a softer line on how to deal with thorny immigration matters such as the treatment of the nation’s 11.5 million person undocumented population are suddenly singing a different tune – in short,

comprehensive immigration reform seems likely to happen in the coming year, if not the coming months.

This article details some of the highlights of a bill pending in the US senate that has a very good chance of ultimately becoming law and marking the first major change to USA immigration law in decades.

The proposed immigration law aims to secure the border, particularly the US’ southern border.

It allots some $3 billion to this end, and requires a “fencing plan” and a 90% success rate with respect to catching illegal border crossers before the Registered Provisional Immigrant program (discussed below) can begin.

It also requires that immigration authorities establish a program to track non-citizens exiting the country.

The registered provisional immigrant (RPI) program envisioned in the proposed law would provide a pathway to legal status, a green card and ultimately US citizenship for many of the 11 million-plus individuals who are presently in the US and who are not in legal status (i.e., illegal immigrants).

To qualify as a registered provisional immigrant, a person must:

• Have entered the US by December 31, 2011, and have been physically present in the country since then;
• Pay a fine of $500 (in addition to an RPI application fee);
• Pass a background check (a serious crime will make a person ineligible for RPI status); and
• Pay any taxes they might owe.

These people can stay and work legally in the US for ten years, at which time they will become eligible to apply for a US green card.

Once they get a green card through adjustment of status they enter a three year period after which they are eligible to apply for US citizenship.

Individuals who enter the US before age 16 and who have completed high school can get a green card, and immediately thereafter US citizenship, after being a registered provisional immigrant for just five years, thanks to the DREAM Act provision included in the bill.

The bill would provide for more H-1B visa issuances each year than are possible now, and would also make the H-2B returning worker program permanent.

It would create a new visa class for lower-skilled workers, called the “W visa,” and also establish a new work program for agricultural workers.

It would create a “V visa” class that would allow foreigners to visit certain family members in the US for up to two months during the year.

The proposal also envisions a “merit-based” visa, which would use a points system to afford visas to remain and work in the USA.

The points system for the merit visa will take into account things such as employment, length of time spent in the United States, and education; some of these visas will be dedicated to low-skilled and high-skilled workers.

If it becomes law, the proposal would make the process of getting a green card for the spouses and children (who are under 21 and unmarried) of a green card holder much faster, and eliminate long wait-times for many other classes of green card seekers.

On the other hand, the bill would do away with the ability of a US citizen to sponsor their siblings for a USA green card.

The firm assists individuals in the full range of US immigration law matters, from obtaining an inadmissibility waiver  to applying for US citizenship and everything in between.

Stay Healthy and Fit While Travelling