Gastric juice has a low PH and naturally highly acidic and watery. It contains about 99. 4 percent water and the rest of the portion includes inorganic and organic solids. Hydrochloric acid is the most important inorganic constituent of gastric juice, and this renders the juice strongly acidic. Hydrochloric acid is secreted by the oxyntic cells of the gastric mucosa. The stomach secretes gastric juice containing proteolytic enzymes which help in the digestion of proteins. 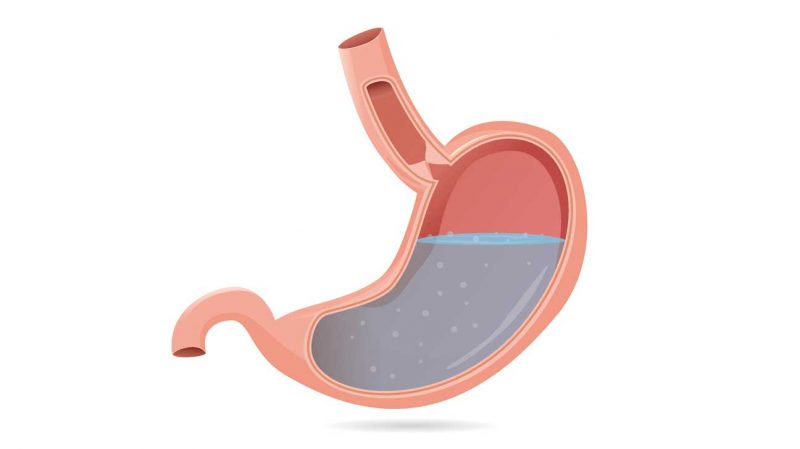 The digestive action of the saliva is also continued in the stomach after the food gets mixed with the saliva when the former enters into it. Chlorine, phosphate, bicarbonate and sulfate salts of sodium, potassium calcium etc. are some of the inorganic salts which are included in the gastric juice. There are salts of heavy metals like mercury, lead etc. also. Gastric Bypass surgery in India is done by eminent doctors who promisingly provides great care during and after the surgery. Here the stomach disproportionately into a larger portion and a much smaller portion. The small intestine is then connected to both the portions. The mucus layer of the stomach is thick but its surface is smoother, soft and velvety. During empty state, the mucous membrane of the stomach is purposefully thrown into folds. Folds are mainly longitudinally known as the rugae. When the stomach is distended as for example by food, these folds are obliterated.

The surface of the mucous membrane that is the luminal surface of the stomach is continuously lined by a single layer of columnar cells, and it contains numerous small pits called the gastric pits. Sometubularglands, referred to as the gastric glands open at the bottom of each gastric pits. These tubular glands contain three major types of cells. The chief cells or the peptic cells secreting the pepsinogen enzyme.The parietal cells or the oxyntic cells that secrete the hydrochloric acid. And the third kind is the mucous cells which secrete mucus. At the external border of the mucous layer, there is a thin layer of the smooth muscle fibers. They are known as the muscular mucosa and these form the boundary between the mucus and the sub mucus layer. The stomach acts like a tough muscular bag that holds the ingested food for several hours. Movements of the stomach help in mixing the food with the gastric juice.

The organic constituents of gastric juice include the enzymes, mucin and castle’s intrinsic factor which is very essential for the absorption of vitamin B12. The most important enzyme present in the gastric juice is pepsin which initiates the digestion of proteins in the alimentary canal. Pepsin is secreted by the peptic cells which are the chief cells of gastric mucosa. Pepsin remains stored as zymogen granules containing the inactive precursor of pepsin known as the pepsinogen.

After being secreted in the lumen of the stomach the pepsinogen is activated by hydrochloric acid into pepsin which facilitates digestion. Gastric juice helps in the excretion of some heavy metals, alkaloids, and toxins.

7 Most Popular Cosmetic Skin Treatments In The United States

Do Weight Loss Pills Ever Work?