If you’re interested in studying for a career in the criminal justice system, there are quite a few options other than being a police officer. Forensic psychology is one of the most promising fields for people who are looking for a degree that will give them actual earning power. If you’re interested in approaching the criminal justice system from a different angle than making arrests and seeking convictions, this may be for you. 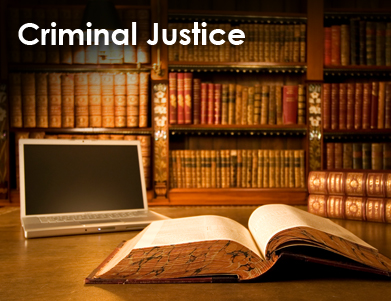 Forensic psychologists, contrary to popular belief, don’t necessarily deal only with murder cases. The word forensic applies to having a role in the legal system, not to working with dead people.

Forensic psychologists, for instance, may work for the defense in a case, helping to establish that a defendant needs institutionalization or treatment rather than incarceration as a remedy for whatever wrong they have done. In other cases, a forensic psychologist may find themselves working for the prosecution, ensuring that people who claim to be insane but who most certainly are not do not evade a just punishment for their crimes.

There are options for forensic psychologists, no matter which side of the law you want to work on. If you want to make sure that people’s rights are honored by the state, you have that option. If you want to make sure that criminals are brought to justice, you have that option, as well. In this regard, being a forensic psychologist is more like being an attorney than being a police officer in that you can pick your role in the criminal justice system.

Many forensic psychologists are actually employed by law enforcement agencies. This offers good pay, good benefits and, generally, retirement benefits, as well. It also allows for a lot of growth in one’s career. As you become more experienced, it’s likely that you’ll have new opportunities presented to you by new employers and that you can get more pay for what you do. This is a significant reason why this field is so popular. Rather than having to set up a practice and find clients, you’ll have the option of getting a steady check and the benefits that go with it and will be able to avoid the headaches of running your own business.

If you turn out to be very good at what you do, you may be able to go very far as a forensic psychologist. In law enforcement, many people not only work their way up within their employer’s hierarchy, but also work their way up in terms of the agencies by which they’re employed. For instance, a forensic psychologist may start out working for a city police department, eventually move up to a sheriff’s office and, from there, could end up employed by the FBI or another large, prestigious agency. This is a common career path for skilled professionals in the law enforcement community.

There is a lot of potential in this field, but it’s not an easy job all the time. You will be challenged, you’ll have to deal with disturbing individuals and you’ll have to be able to maintain a successful track record as a psychologist. If you can manage to do those things, however, you’ll find that there really is limitless potential in this field. If you’re not seeking direct employment as a forensic psychologist, having the degree can give you expertise that would be valuable in other law enforcement areas, as well. For example, having such a degree would be a significant advantage for a police officer, a defense attorney or anyone else who could benefit from the knowledge that seeking such a degree entails.

Anita Schepers provides advice and information on how to get a forensic psychology degree online at ForensicPsychologyOnline.com.

How I Could Become Smarter than I Used to Be.

What Does Corporate Wellness Mean To Your Employees?