Over ten years ago, Sony CEO Ken Kutaragi set out a vision for what future gaming would look like. In it, he said, all players would require to enjoy the latest videogames would be a controller and display like a TV or monitor – consoles would become a thing of the past.

With the recent announcement of the PS4 last month, that vision is looking more and more likely. The PS4 will reportedly be able to stream previous-gen PS3 games through its ‘Gaikai’ service. This is an important development for the direction of console gaming, and indeed the industry as a whole, especially when taken in conjunction with other so-called ‘cloud gaming’ services that have been growing recently.

In a nutshell, ‘cloud gaming’ is a form of digital distribution in which players do not have a physical copy of the game they want to play. Instead, the game is stored on a game company’s server and streamed either directly to your computer, or to a thin client that is hooked up to a TV or monitor. This is an appealing prospect for gamers, to whom having a cumbersome box in the corner of a room dedicated just to playing games is seeming like an increasingly antiquated idea. If you own a PC and want to enjoy high-def gaming in your living room, you may need to figure out how to connect laptop to tv. Cloud gaming would do away with this necessity.

Cloud gaming is also particularly appealing to large game publishers, who have been battling problems with piracy and loss of sales from the used game market for a while now. With the cost involved in creating a AAA-title often running into millions of dollars, publishers have been seeing a significant chunk of potential earnings lost, thanks either to used game sales (from which the publishers do not receive any profit) or illegal distribution of their games through torrenting.

Recently, publishers have tried a variety of tactics to either persuade or cajole consumers into buying new copies of their games, either through Digital Rights Management (DRM) software, on-disc downloadable content (DLC), or other means. The problem with these tactics is that they tend to be invasive and get between the player and the game, whether it’s through requiring an always-on Internet connection, passcode entry, or withholding content which is already on the disc. Needless to say, this sort of thing has generally not gone down well with consumers.

Valve CEO and creator of the Steam online distribution service Gabe Newell has been quoted in the past as saying that piracy is ‘almost always a service problem’ as opposed to one of pricing. He has been proved right, too: Russia is set to become Steam’s biggest European market, having previously been notorious for widespread piracy. This turnaround is largely thanks to the excellent service that Steam provides its users; people would much rather pay for good service than have to trawl the back alleys of the Internet looking for a freebie. 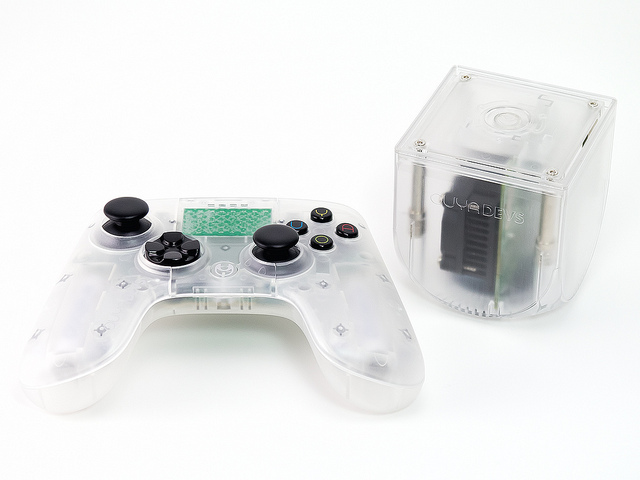 Cloud gaming, therefore, theoretically offers a solution to the problem of lost revenue, as the full game is not downloaded onto the user’s hard drive, eliminating the potential for piracy. Similarly, the game cannot be sold on (unless it’s by ‘gifting’ it to someone else through a cloud service), as there is no physical copy to be sold. The cloud essentially allows publishers to control much more tightly the distribution of their games. Regardless of how you feel about this prospect (there is, after all, nothing illegal or unethical about the existence of a used games market), it’s understandable that publishers would want to get on board with it. If cloud gaming companies such as Onlive can provide as seamless and hassle-free a service as conventional digital services like Steam, there is no reason why it should not leapfrog traditional distribution in popularity.

The real question is whether or not cloud gaming, in its current form, is capable of providing that service. Gaikai is not the first attempt at live-streaming videogames – Onlive has been going for a few years now, and despite the company’s reported troubles, the service still provides a pretty good gaming experience – provided you have a fast enough Internet connection.

Indeed, internet speeds seem to be the only thing preventing cloud gaming from getting a proper foothold in the gaming industry – companies such as Onlive can only do so much to reduce the amount of bandwidth their service requires. If your connection is too slow, you won’t be able to enjoy cloud gaming in the same way that somebody with a fast connection would. With other media such as films, this is much less of a problem, as the download can be paused to allow it time to stream ahead. With a video game, this is not possible; because of the interactive nature of games, any streaming mustbe done instantly, lest the dreaded scourge of lag rear its ugly head.

It’s important to remember, however, that internet speeds are increasing all the time, thanks to our data-hungry society. Even politicians agree that providing access to fast broadband is a priority. With faster broadband speeds in the works, then, and with a nascent cloud gaming market which has the support of both publishers and hardware manufacturers, is it just a matter of time until cloud gaming replaces consoles completely?

Well, probably, but not for a few years yet. The announcement of the PS4 represents Sony’s continued commitment (at least for now) to dedicated gaming devices. That said, rumors have been circulating that Microsoft’s next console will not support discs at all, instead opting solely for a hard drive and digital distribution. It’s likely, therefore, that some form of cloud gaming will also feature.

It’s probably best not to think of cloud gaming as ‘replacing’ consoles; rather, look at it as the next step in the evolution of gaming. Most screen-based devices these days are connected to the Internet, and with download speeds increasing all the time, it’s looking more and more likely that cloud gaming will be integrated into these devices in the future, and that the next generation of consoles will be the last. Ken Kutaragi may well be on the money with this one.

Understanding EPub & PDF Files And When Conversion Is Necessary

The Growing Market Of Dubai and Its Marketing Requirements