The state of children’s teeth in the UK has recently been in the news. So not only are we learning about record highs of child obesity but we now have record levels of tooth decay in children, including the very young. It is probably easier to reduce children’s intake of sugary drinks than it is to cut out sweets but trying to get them to drink water instead of juice is a difficult task. As parents we think that giving our children fresh fruit juice such as apple and orange juice is better that fizzy drinks or squash, well now we are finding that’s not the case. It’s leaving the grownups confused and worried they are making the wrong choices for their children.

It came as a huge surprise to most people that we have now been advised to put fruit juice in the same category as squash and carbonated drinks. How often have we reached for the fresh juice and considered it the healthier option for ourselves and our families. Although a 150ml glass of juice is still on the 5 a day list there is a rethink going on. Public Health England have recommended that to help cut sugar in take we should limit our intake of sugary drinks and that children should get into the habit of drinking water. Various reports have said that parents should only put water on the table and consider pop as a special treat and others have suggested the same rule should be applied to fruit juice. 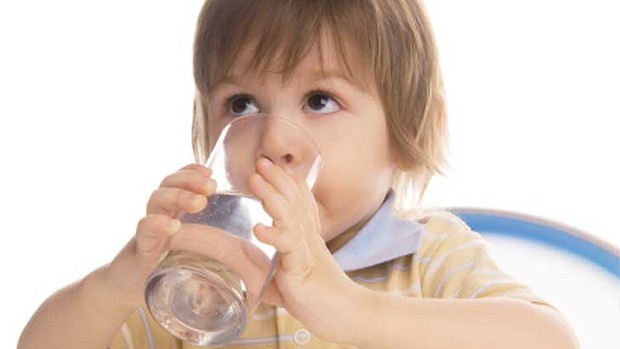 We now have to accept that drinking fruit juice should never be considered as the healthy option when considering sugar intake. It’s not the same as eating the whole fruit, think of how much of the fruit you throw away? So not only are you missing out on all that fibre and certain nutrients, you are also consuming much more sugar as it takes many more oranges than you would normally eat to create a glass of juice. So your sugar intake will soar when drinking the juice of ten orangs instead of eating one orange. The levels of sugar will be similar to normal sugary drinks and as it’s absorbed swiftly into the body, by the time it reaches your stomach, your body doesn’t know whether it’s orange juice or a carbonated drink.

Parents need to be supported with this change in habits, in fact you could almost say it’s a cultural change. Everywhere you look you see soft drinks on offer from the cinema to leisure centres, water needs to become the norm, and it needs to become the cool drink of choice. This could start in the media so that celebrities and sports personalities start to influence the change in children but water needs to be more widely available and positioned as well as promoted in a more obvious way. Water coolers and dispensers need to be located in schools and nurseries as well as in places where children to go play. It’s going to take a lot of time and effort to make the shift but one thing is for certain, parents need support to help make this change.

Despite the facts that excessive sugar consumption is costing the NHS £4.7 billion for obesity related disease and £3.4 billion for dentistry, teenagers currently still take 50% more sugars than is recommended. It is clear healthy habits need to be established early on in childhood. Letting children use fun glasses and straws when drinking water as well as adding ice and perhaps a slice of lemon could help to make it more palatable. Try diluting juice for those stubborn children to try to wean them off the sweet stuff. Treat all sweet drinks, whether natural or unnatural as simply that, a treat, and as with all treats in life, the answer to a healthy lifestyle is in moderation.

Don’t Be Held Back by Halitosis

4 Steps To Tightening The Loose Skin Around Your Stomach