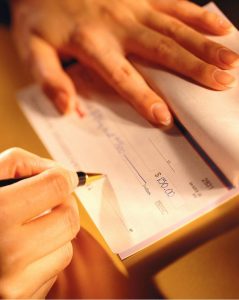 While the Australian economy may not have been as hard hit by the global financial recession as those of other countries around the globe, it still is recovering from some four years of relative slump. While the Australian dollar is doing well against its foreign currency counterparts, population debt is on the decrease, and interest rates on banking products are dropping, there are still some issues with which economy pros down under need to grapple with. One of them is under-employment, another is the stagnating level of consumer confidence (which has a direct impact on the retail sector), and yet another is a housing slump. Buyers are in no rush to take out more mortgages, even though interest rates across  the board have been improving, with the latest official cash rate cut from the RBA. However, they are still a sensitive issue, says recently released data from the ABS.

According to the latest figures from the Australian Bureau of Statistics, potential buyers of first homes are shying away from mortgages. The level of new home loans has dropped to unprecedented lows in some parts of the country and, overall, the level of commitment to mortgages for the first home buyer segment has dropped by a staggering and worry-inducing 11 per cent over the December 2012 – January 2013 interval. Anecdotal evidence collected during the past months had been pointing to a recovery of the property sector, as clearance rates on the Super Saturday home auction weekend surpassed even the more optimistic expectations. However, the picture painted by statistics is far more bleak.

Not only are first home buyers not at all eager to take out new mortgages, but they are buying far less than they were in September of last year. That month marked the beginning of a slump for the proportion of first home buyers among the total number of owner-occupiers. At the time, the percentage stood at 19.4 per cent, while by January it had reached 14.9 per cent. It hadn’t slipped any further compared to the previous month, but it has been on the decrease since last fall. Furthermore, several states and areas around the country saw some of their lowest levels of first time buyer home loans ever. Two examples are New South Wales, where the rate of such commitments for January dropped to 7 per cent, and new Queensland, respectively, with only 10 per cent of commitments from first home buyers. Both states have been seeing massive drops, by over 10 per cent, ever since the local governments decided to award incentives for the purchase of new residential properties, in lieu of grants for first home owner-occupiers.

The situation is not uniformly bleak throughout the country – some other states, such as Western Australia, Victoria, and South Australia have been seeing improvements in their rate of commitments to loans from first home purchasers, during the exact same period as the others were spiraling downward. However, overall the national average is dropping. According to real estate experts, such as the senior manager of the residential branch with one company, one reason behind this trend is the clear preference that first home buyers have for established buildings. Another reason for the relative decrease in and stagnation of the rate of commitments is that many potential buyers rushed to get their plans approved and set into motion right after they learned of the intentions harbored by their local governments. As such, this created a relative boom in commitments before October, when New South Wales, for instance, announced it was canceling some incentives. The buyers that purchased their first homes then would have otherwise been on the market now, driving commitment ratios upward.

6 Of The Most Common Financial Struggles Families Are Facing Today

Personal Injury Cases That Will Make Your Jaw Drop