There’s nothing like a traditional recipe from another culture. While we all have our own family traditions when it comes to what appears on the dinner table, it can also be an amazing experience to travel and see what’s considered traditional cuisine in other countries. When we return from our trip, it’s tempting to try and replicate that delicious schnitzel you had in Germany, or those grilled sardines from Portugal, but it never seems to taste the same. Of course, there are many products in the supermarket that claim to replicate the delicious tastes of many international dishes, but once again, if it’s out of a box or jar, it doesn’t have the same appeal. Sometimes dining memories can form a just as important part of the trip as the sightseeing, since the memory of taste can transport us back in time to eating traditional paella in Madrid, or deep fried artichoke hearts in Rome. Perhaps it’s time to start saving for a holiday, so you can go back and enjoy some of the best traditional food Europe has to offer. 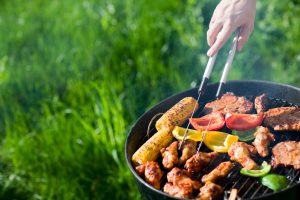 France occupies the top spot on many amateur gourmands preferred destinations, and the country has a deep love affair with food that continues to this day. French cuisine was popularized in the US thanks to the efforts of TV chef Julia Childs (and this process was lovingly recreated in the film Julie and Julia, starring Meryl Streep). While it’s not exactly the healthiest option, thanks to masses of calories that are standard in many dishes, the mere thought of traditional favourites like beef bourguignon, where the meat is slow cooked in red wine and spices is enough to make the mouth water. While other traditional dishes such as snails might not sound so appetising, they should also be tried – snails basically taste like a slightly rubbery version of chicken.

In Germany, the pig is king, and the sheer amount of it on supermarket shelves can be surprising. Most traditional pork dishes originate from the Bavarian region (around Munich), and from there you can enjoy succulent bratwurst and roast pork bellies, which is paired with potatoes (and a huge mug of beer). While sauerkraut is also a popular accompaniment, if its sour taste doesn’t appeal to you, then try its red counterpart, rotkohl, which is braised red cabbage, and has a sweet spicy taste. Germany is also surprisingly the birthplace of the Kebab (known locally as a döner), which was popularized by Turkish migrants.

The UK doesn’t often make waves for its traditional cuisine, but there’s a lot of it, and while it might not sound so great, with dishes like Toad in the Hole (sausages in Yorkshire pudding batter with gravy) or Spotted Dick (a steamed dessert made with dried fruit and mutton fat), they’re still thoroughly delicious. Every family has their own Toad in the Hole recipe, even if the dish itself is rather simple, so it pays to try it whenever you come across a decent restaurant – or, even better, family dinner! Scotland also has a rich culinary history, and haggis is delicious, although it can be best to not think about which parts of the animal it came from. It could be thought about as a heart attack on a plate, but be sure to try a deep fried mars bar if you’re ever passing through this part of the world.

The Go To Guide To Pairing Wine BBQ Food

How To Support Your Health When Trying To Lose Weight