The use of e-cigarettes has become so prevalent in the past few years, that it’s highly probable you or someone you know is a so-called “vaper”. And if not, you’ll likely have seen people puffing on the futuristic devices, which resemble oversized plastic-looking cigarettes, on the street, in restaurants, and in bars. Even in the workplace.

Many people are using them to kick their tobacco habit completely or cut down their cigarette intake, but there has already been much debate worldwide as to whether e-cigs are a safe alternative to cigarettes or a good cessation device. The EU recently So what exactly is everyone worried about?

E-cigarettes work my vaporising a solution, or “e-liquid”, that normally contains nicotine, solvents and flavouring. This vapour is inhaled giving users a sensation similar to that of smoking a cigarette, except that the vapour, it is claimed, is mostly made up of harmless water. However, among the chemicals used are PEG400 (used in anti-freeze), propylene glycol (used in smoke machines) and glycerin; it is not clear what effect these chemicals have on the body when atomised and inhaled on a regular basis. E-cig vapour has been found to contain harmful nitrosamines and carcinogens, but often at significantly lower levels than tobacco smoke. If you are not sure then always start with a kit such as the Cyclone Ego Cig, these are the perfect choice as a quitting tool. 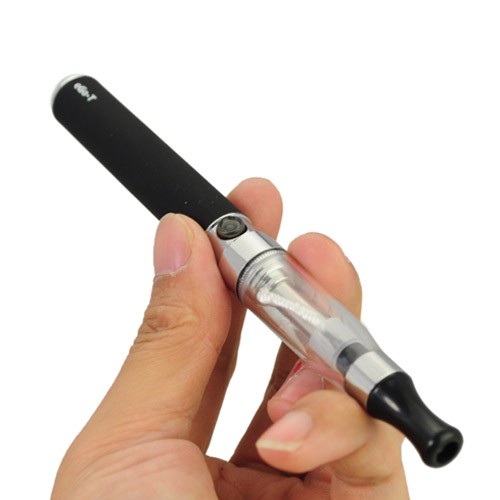 The EU has recently legislated on the sale of e-cigarettes, including a 2016 ban on advertising and the addition of warning labels. Previously, there was very little in the way of regulation – the sale of e-cigarettes was only governed by Trading Standards. According to a letter the organisation submitted to the Department of Health along with LACORS (Local Authorities Coordinators of Regulatory Services) and CIEH (The Chartered Institute of Environmental Health): “electronic battery powered vaporising e-cigarettes are not caught by the definition of ‘smoking’ in the Health Act 2006. The definition of tobacco in the Children and Young Persons Act 1933 (as amended) does not extend to include e-cigarettes, nor are these devices captured by any of the Consumer Protection legislation which control the sale, promotion, advertising and labelling of tobacco products”.

Do They Actually Work?

Many users would attest that they do, but others would say that they have swapped one nicotine habit for another, and that all the issues with addiction are still there. And nicotine is not entirely harmless, having as it does many physiological effects, including increasing adrenalin production. There was talk of the NHS regulating them as medicine to help smokers quit, but there isn’t a great deal of evidence that e-cig are much better cessation device than traditional methods. In a study published in the US, e-cigs were roughly as effective as nicotine patches and slighter better than placebo e-cigarettes.

The upshot of all this is that we don’t really know how harmful e-cigarettes are, mainly because no long-term peer-reviewed studies have been done. As the number of vapers grow and the longer they smoke for, it will become easier to analyse the medical impact of these devices. Until then it’s probably better to use more-studied methods or give up the cigarettes without cessation devices.

Easy Ways To Make Your Backyard The Envy Of The Neighborhood

5 Ways To Prepare For Unexpected Injuries