Most people are fully aware of the general day-to-day health benefits of herbs – it’s hardly a secret that everyone could do with more fresh leaves and vegetables in their diets. But at the same time, Homecures.co.uk always preaches the importance of health preservation by avoiding getting sick in the first place – warding off winter bugs being the kind of thing most could use a little help with.

In terms of exactly what kinds of veggies and herbs do what, we’re always told that one example works better for improving eyesight, another for memory, others of joint suppleness and so on and so forth. However, you could rightly argue that really nothing matters more than building and maintaining a strong immune system with the robustness necessary to watch over health and wellbeing long-term.

And when it comes to the very best foods and natural products on the planet for a boost to the immune system, nothing does the job better than simple, delicious herbs. 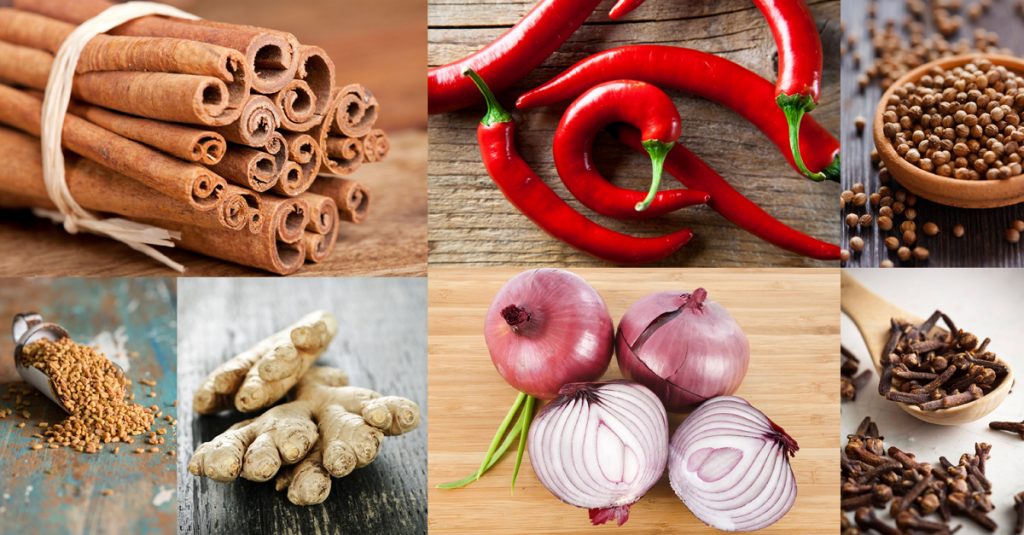 Here’s a quick overview of what you might want to keep in your everyday diet for the sake of your immune system:

Famed for being one of the best herbs of all for assisting with weight loss and general metabolic boosts, the marvelous properties of ginseng also stretch to a stronger immune system. Widely used as an anti-inflammatory pain killer across the East, ginseng has even shown promises as a cancer-prevention aid.

Usually consumed in the form of a tasty tea or a simple capsule, Echinacea’s beneficial impact on the immune system is highly documented. And as an added bonus, this sister species of the humble daisy has also proved capable of working wonders for respiratory problems and common cold prevention.

Though not strictly a herb as such, bell pepper extract has become a tried and trusted natural supplement for assisting with the body’s immune system, wit a rich concentration of the carotenoid lycopene that works to reduce a person’s likelihood of developing cancer.

One of the few foods of its kind that are simply impossible to get too much of in an everyday diet, garlic’s beneficial impact on the circulatory system, immune system and metabolic processes alike are simply unrivalled. According to a vast archive of studies, it really is worth putting up with a rather strong day-long fragrance to benefit from all of garlic’s great glories.

Recently outed as one of the most beneficial herbs of all for both the immune system and the digestive tract in general, health-conscious adults are reaching for turmeric-rich Indian food like never before. The curcumin within turmeric protects the liver, assists with weight loss and even has the potential to ward off a variety of cancers – all while giving your immune system a shot in the arm.

The world’s favourite anti-nausea herb also happens to be one of the most powerful of all in boosting the immune system. Both human and animal studies alike have demonstrated the power of ginger in reducing cholesterol, benefiting the circulatory system, reducing inflammation and making the body as a whole more resistant to bugs and viruses.

Perhaps more commonly known as the reishi mushroom, supplements containing Ganoderma have been garnering quite a bit of attention as of late for their immune system boosting properties. One of the most extensively trusted and utilised ingredients in Chinese medicine for several centuries, Ganoderma is also reputed for its positive effects on the urinary tract.

Rich in antioxidant compounds, the leaves of the gingko biloba plant have also earned their stripes as a tried and tested immune system booster. Now one of the world’s favourite everyday supplements, gingko has been linked to a variety of beneficial influences across the body ranging from reducing cell death to improving the clarity of the skin.

Though hidden from much of the world’s view until relatively recently, Cat’s Claw has burst free of its Peruvian origins to become one of the next big things in supplemental herbs. Famed for having an extraordinarily positive impact on the immune system, Cat’s Claw is also known to be a powerful digestive aid.

Last but not least, another example of a herb used over the generations in Chinese medicine is astragalus – a powerful extract used for cold and flu prevention. Though only just beginning to make an appearance across western markets, astragalus has been a staple in eastern regions for centuries.

Sensitive Back? 4 Tips For Your Next Workout

Key Signs and Symptoms Of IBS