Commodities are products that are bought and sold around the globe and generally are fungible which allows traders to transport a product to any other place around the world.  Energy is an example of a very liquid commodity, and the most popular energy commodity to trade is oil. Oil drives the economies of most producer nations across the globe, and while higher prices can enrich oil producers, it might have a negative effect on oil consumers.  In addition to oil, gold, silver, cooper, soybeans, corn and coffee are actively traded throughout the globe. 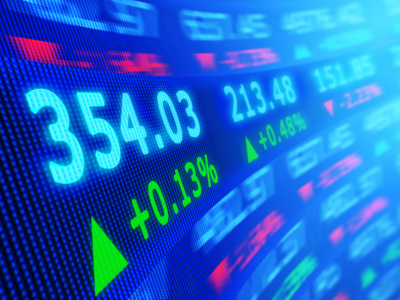 The development of futures exchanges introduced in the 1980’s allowed consumer and producers to trade and hedge their commodity risks.  Prior to the introduction of futures markets, it was difficult to speculate on the direction of oil, or for an airline to hedge its energy exposure.  In the past decade, forex brokers, such as iFOREX commodity trading, have increased their range of instruments to include commodities which provides a platform for retail traders to speculate on the direction of commodity prices.

Commodity prices change based on supply and demand, but short term movements are generally cause by changes to price ranges, which can be captured using technical analysis.   For products such as oil and grains, like corn, and soybeans, government agency’s report on the inventories, as well as production and consumption across the globe.

If you are planning to trade oil, you should begin to follow the information that is provided on a weekly basis by the Energy Information Administration which is part of the U.S. Department of Energy.  This information is the most important weekly piece of data produce which drives price action in the oil markets.  In addition, on a monthly basis the International Energy Agency releases their monthly report, which describe the state of the global oil market.  Following news that focuses on the Organization of Petroleum Export Producers (OPEC) will be helpful in evaluating the price of oil.

If you are attempting to follow the grain markets, you should be aware of data that is released by the United States Agricultural Agency (USDA).  Reports on planting, supplies, inventories, and perceived demand are released throughout a month.

Gold prices, trade more like a currency than a commodity. In fact, gold has its own interest rate and is traded against the U.S. dollar.  Gold is viewed by some as a hedge against currency devaluation, as well as, a hard asset that can withstand higher inflation.  If you are planning to trade gold, you should follow the U.S. dollar and the movements against other major currencies, such as the Euro the Yen, and the British pound.  This is because gold prices are quoted in U.S. dollars and if the dollar moves higher, gold prices become more expensive in other currencies. By following gold, you will expose yourself to economic data releases and monetary changes reported by central banks.

Commodities, are liquid products that are fungible and trade throughout the globe. As a retail trader, you now have access to nearly every commodity through a forex brokers platform. The instruments that are available, track the most liquid commodities, allowing you to take a view that is commodity specific.