Mountain biking has stood the test of time and emerged as an internationally dominant sport, attracting contenders across all demographics and locations, as a global terrain challenges and thrills enthusiasts. A never-ending range of tracks awaits anybody with an intrepid spirit and a thirst for adventure on the wheel mounted saddle; down-hill twist, wicked hair-pin turns, rocky stretches and alpine springs can strike at anytime, depending where your feet have found you. By now, you’re probably sick of the safe security of low level trails and suburban paths, you need something that pushes your boundaries and punishes your bike. Strap in and suit up, stock your cycling supplies online and make an annual visit to 99bikes.com.au or a similar site for the latest accessories. You will need them. 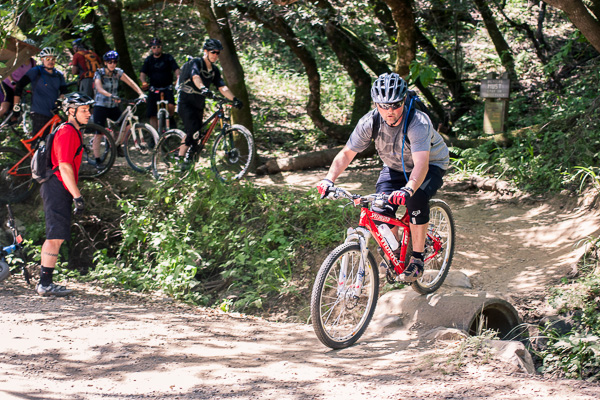 The Camp Tamarancho is regarded as a sweet intermediate ride, shifting gears slowly and starting riders off kindly on a paved road before heading into the first climb of the day. Don’t worry, you won’t be spoiled for long. A single track ascent follows, punctuated by a few claustrophic switch-backs and jagged, rocky surfaces. The down-hill is a bunny-hop and a half, prompting some true wind-whistling moments as the base level technical demands allow for some sustained speed. Tips? Pay attention and be aware of other riders, lest you end up with a mouthful of bark or dirt.

Hartman Rocks is not home to a single trail, but an entire network, interlacing difficult terrain, brutal switch backs and a hardy climate, testing cyclists of all levels. This is a hard haul, with climbs sapping the strength of beginners quickly and punishing out-of-practice intermediates with stomach churning down-hill sections. Unless you’re experienced and fit, it’s best to leave Hartman Rocks to the professional enthusiasts, until such a time you’ve cut your teeth on similar challenges by degrees. Already there? Buy a map, go hard and make sure you keep hydrated.

Head across the pond to revel in the company of seven sister trails, each offering well considered, though natural surprises to all riders, beginner to advanced. Not only is the area captivatingly beautiful (seriously, you will stop a few times just to take in the scenery), it offers challenges unlike any other, from rocky granite slabs laid out before you to slippery moss covered paths, The Coffin Jump, The Spooky descent and many other globally recognised staples of a serious mountain biking bucket list. Feeling nervous? Use the graded colour chart to deduce which trail suits your skill level.

Down Under we go, into the world of green and white woodland, as the Aussies offer up an exciting mix of intermediate trails, with a few beginner routes squeezed in for good measure. Though nowhere near other trails in the country in terms of demand and technicality, Lysterfield is a pristine, natural experience, as there aren’t many single track parks that share their space with hopping kangaroos, equestrian riders and families. Despite this diversity, Lysterfield continues to grow, increasing in difficulty as new tracks are hewn out of the countryside.

Do you have any favourite or secret spots you’d like to share? Let us know in the comments below and add a new entry to our adventurous bucket list.

The Reasons Why Hunter Jumper Horses Are In Great Demand