Are you traveling through central or northern Italy? Then don’t miss a chance to stop by in the city of Bologna, located in the province of the same name.

Perhaps, there is no other city in Italy that can boast of such number of nicknames. Bologna has three nicknames at once! La Dotta, La Rossa and La Grassa. That can be translated as Erudite, Red and Fat.

The city got such nickname thanks to the world’s oldest university located here and a huge number of students enlivening and bringing fun into the social and cultural life of Bologna.

The University of Bologna 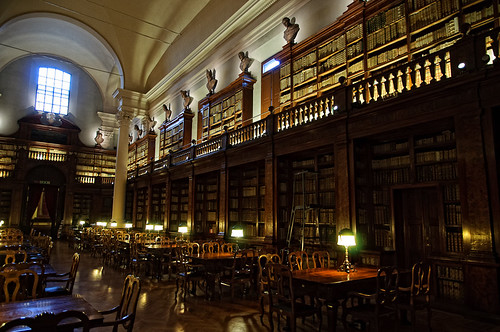 The Bologna University was founded in 1088 and among its famous graduates are poets Petrarch and Dante Alighieri, the astronomer Nicolaus Copernicus, the Pope of Rome Alexander VI, a doctor and an occultist Paracelsus, writer Umberto Eco and Romano Prodi, who was Italian Prime Minister in 1996-1998 and 2006-2008.

Today, the Bologna University is included into the top 200 universities of the world and has 23 faculties, about 100 thousand students. It continues to be among the most prestigious universities as 900 years ago.

Archi-Gymnasium was built for university in the 16th century by order of Pope Pius IV.  The top floor housed lecture halls, the walls of which are decorated with emblems of teachers and students.  Beneath, there is an ancient anatomical theater.
It’s a quite unusual place where everything is made of wood and decorated with statues. In the middle of the theatre, you’ll see marble table used to dissect corpses.

But the main proud of Archi-Gymnasium is its library – the richest one in the whole Italy! There are stored more than 600,000 volumes of ancient manuscripts, engravings and drawings. 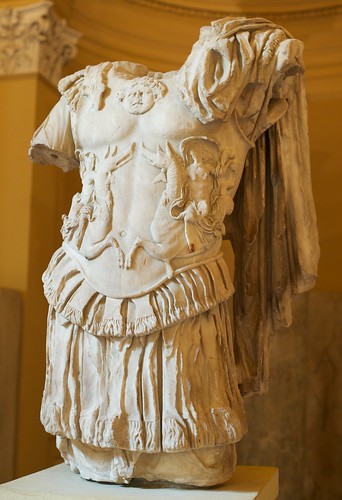 Among all museums of Bologna, the most noteworthy is Municipal Archaeological Museum located in the heart of the city. Since its opening in 1881, the museum has managed to assemble a collection rich in ancient finds collected during the excavation. Many of them indicate that the first settlements on the territory of Bologna existed ever during the Paleolithic period.

The museum can also boast of one of the world’s largest and most significant Egyptian collections. Here you will see 3,500 years old death masks of the Pharaohs as well as sculptures, vases, medals and funerary steles.

When wandering through the streets of Bologna, you’ll notice many well-preserved medieval buildings of red color. The most interesting architectural attractions loved by all tourists are leaning towers and Enzo Palace.

During the Middle Ages, Bologna had the whole forest of towers used by townspeople as protection against different enemies. Historians suggest there were up to two hundred towers. Unfortunately, not many have survived to our times. Some of them were demolished by citizens themselves, some towers were destroyed.

Today, there are about 17 towers and the two of them are especially popular among tourists. Those are famous leaning towers of Asinelli and Garisenda located right next to each other. 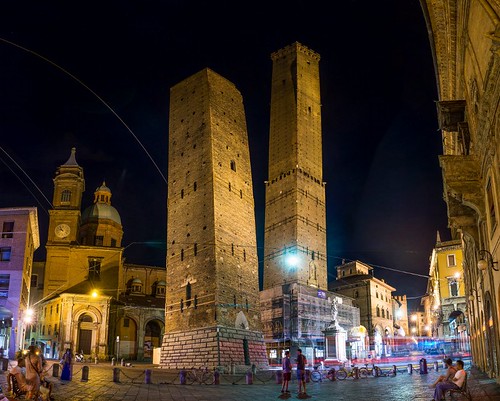 Asinelli tower has a height of 97 meters and is considered one of the highest ones in Italy. The good news is you can climb the 498 wooden wobbly steps up to the observation desk located at the top of the tower.

Another leaning tower of Bologna, Garisenda is even mentioned in Dante’s Divine Comedy. Once Garisenda was even higher than Asinelli, but when the ground beneath the tower sank, it was decided to make Garisenda shorter to prevent its collapse. 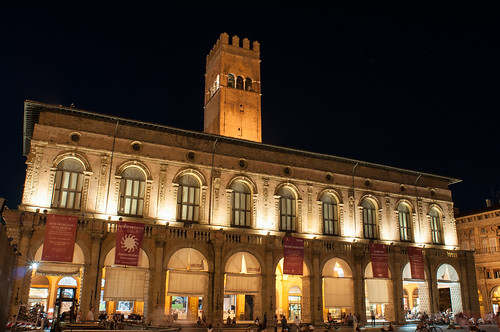 Grandiose Enzo Palace was erected in 1245 and first was the Municipal Services Building. It received its name later, after Enzo the king of Sardinia was imprisoned here. He spent his remaining 23 years in the Palace. It should be mentioned that people of Bologna were very humane, and they didn’t keep Enzo locked up in the cell and even allowed him having a small staff of servants.

Nowadays, tourists can visit former prison facilities, courtrooms, city archives and the Chapel of Our Lady, where prisoners condemned to death could pray for the last time.

Bologna got its third nickname not without a reason, too. The city presented the world at least a good dozen of famous Italian delicacies including tortellini, Bolognese sauce and mortadella sausage. It’s not surprising that there are so many excellent restaurants, trattorias and culinary schools in Bologna. So, it’s needless to say that familiarity with the Fat city of Bologna won’t be complete without dropping in one of the numerous local restaurants

It’s a modern and perhaps the most prestigious restaurant of Bologna. You’ll be delighted with outstanding meals, high level of service and pleasant atmosphere. Surpassingly that such luxury restaurant is located not in the city center, but in the outskirts in industrial area and sometimes it’s hard to find the entrance.

The restaurant has a parking zone, so it’s would be convenient to drive here by car. Don’t worry if you don’t have one. It’s very easy and what’s more important cheap to rent a car. Just make sure you book the car in advance to economize money and time on picking the car up. Even the luxury vehicles can be rented for the lower price! The largest range of the rental vehicles is traditionally at the airport: http://italy.rentalcars24h.com/bologna-airport

Franco Rossi is another luxury and to tell the truth rather expensive restaurant. This time, it’s located in the center and is famous for its responsive and professional staff, elegant interior and undoubtedly fine cuisine. Soft classical music, fresh red roses and burning candles! Franco Rossi is the perfect place for a romantic evening!

Author Bio: Lily Berns is a travel writer and she likes to share with interesting info of different places through her publications. She recommends using RentalCars24h, which helps to compare all major car rental companies in the whole world to give you the best car rental deal.

The Idyllic Waterways of The Canal Du Midi

Planning a Holiday? This is What you Need to Keep in Mind

5 Pieces Of Advice For Settling In A New (Jersey) City