The Best Festivals In India

How often have you reviewed home video wishing that it was more interesting and had better captured the moment? 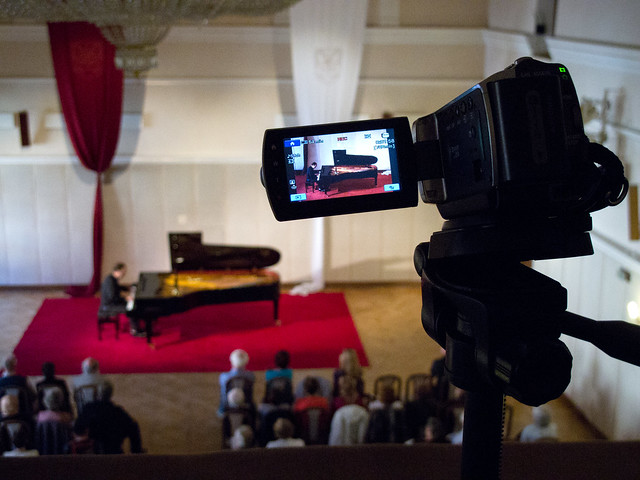 The following steps will give you the tools needed to produce high quality and engaging video in no time.

When taking video is important to remember your viewer.  They aren’t present with you.  Keep that in mind when your are tempted to pan the camera back and forth.  What is exciting about what you are recording? Try and grab your viewers attention.  Shoot deliberately.  Your video will be more engaging and convey the excitement that you, yourself, are experiencing.

People express themselves in many other ways than just verbally.   Body language and facial expressions convey messages that you may not otherwise notice if only listening to their words.  When you’re shooting people, remember to focus close enough to clearly see their eyes.  You will notice a dramatic improvement in video by following this rule.

Think about video that excites you and keeps you interested.  It’s never the video that was left running the whole time.  Think about the shot and run the camera for no more than 10 seconds, and repeat.  You will compile a much more compelling “story” than just aimlessly shooting for unknown amounts of time.

The average quality camera does not come equipped with all the bells and whistles that the professionals use.  Without a tripod, the zoom feature on your camera just causes you to capture every movement you make.   Many of the new cameras come with a digital zoom feature.

Don’t even bother using it.  The digital zoom only enlarges the shot.  So, every time you “zoom” you are diminishing quality. If you need to get closer, get up and physically go to the subject you are filming.  Viola!  No more shaking and you are capturing more of the moment.

Take video like you would take a regular still picture.  Focus on your shot, don’t zoom during the shot, and stop once you havve filmed what intended.  Repeat.

When taking shots remember that your camera is going to expose the shot based on  brightness.  If you want your subject to be the focal point and not underexposed, make sure to keep the brightest light source behind you.  With the light behind you, your subject becomes focal point in the frame.

The digital effects advertized for your camera are just fancy ways of motivating you to buy it.  All of those effects can be added later using your computer.  When shooting, shoot in normal mode.

Have a plan.  Have an idea of what you are trying to convey and stick with it.  If something really moves you, focus on that.  When you do not have clear intention, the video conveys disorganization and is hard to follow.  What is the intention of the video?  Is it to show how exciting a game is?  Show the excitement.  Focus on the intent.

Only title your video if you absolutely have to, or you have a keen sense of how to title.  If you must title the video make sure to keep it short and to the point. Don’t overd the font with special effects such as shadows, and don’t place the title right in the middle.  The title is there to convey the idea, not to overpower your video.  Keep it simple.

How To Sell Your Indie Films?

Keep your video short.  When you begin filming keep this in mind or you will have an hour long video of something that should have taken five minutes to convey.  Get to the point.

Your video camera, most likely, adjusts the sound levels automatically. If you are filming in a place that has a lot of background noise, your camera will amplify it, which will make it difficult to concentrate on the subject you are filming.  This is similar for a place where there is little noise.

The camera amplifies what noise  there is, which will create echoes and or scratching sounds in your video.  A cheap way around this is to use an external microphone.  This microphone can be attached to your subject, eliminating all the extra “noise”.

Serge is the founder of video and film Production Company in sunny Sydney, Australia.

The Student Life of an Oil & Gas Student

Buying A Car: New Or Used?

The Three Best Comedy Movies of All Time