A huge global concern that has reached unprecedented proportions and began to impact human health across the globe; we are clearly here talking about obesity, a complex condition that is characterized by abnormal weight gain; a condition that unlike others, we can spot all around us in the society we live in.

Whilst till a decade or so ago, this disease was strongly associated with the developed parts of the world, the situation has nowadays changed as some underdeveloped countries such as India and Mexico  have also registered escalating rates of obesity. Globally, the dramatic increase in obesity has been often described as a “pandemic”, and shown to be caused by a number of factors including changing lifestyles and increased access to food.

Obesity is not in itself an issue – the problem is the many health complications that obesity brings which impact not only people’s quality of life but also make the obese person a likely burden for the health care system. This is especially relevant for countries that provide free health care services. In some countries in fact, people may be turned down from receiving free health care if their condition can directly be linked to their obesity. The burden extends itself to the economy, with obesity hampering economic growth.

Diseases which are linked to obesity include coronary heart disease, hypertension, gall bladder disease and many, more. These diseases can increase the risk of other disease such as cancer, stokes and heart attacks – in other words, the obese person becomes subject of a possible chain of health problems. 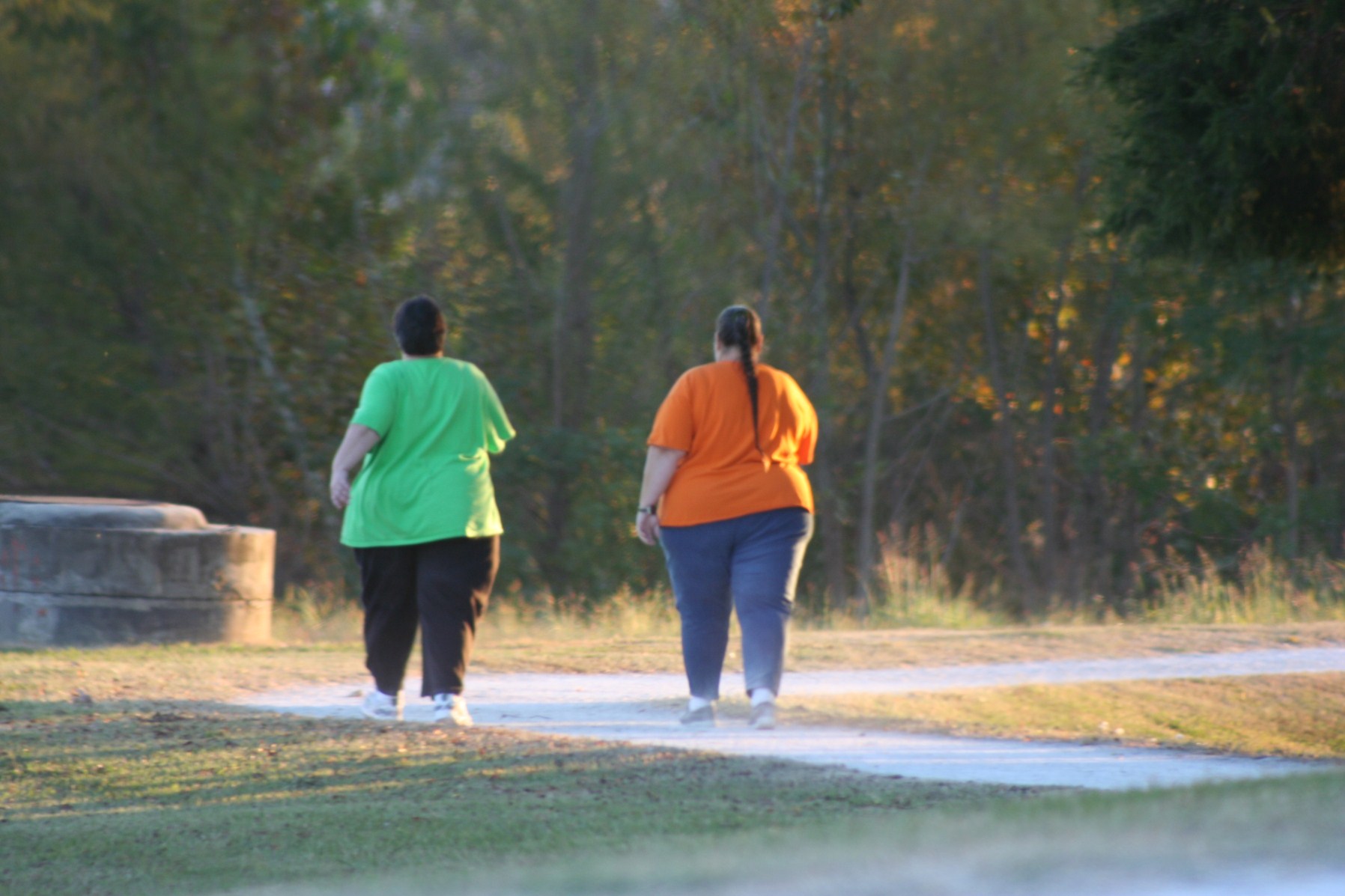 Genetic predisposition tests for obesity are today commonplace as people try to determine just how likely they are of becoming obese or whether they even carry any obesity causing gene mutations in the first place. Many online companies such as easyDNA and many others offer these kinds of genetic tests. Whilst these tests can be useful, they essentially provide no real solution; ultimately, whether genetically predisposed or not to obesity, you should still be following a sensible eating plan and undertaking exercise regularly.

Obesity has been linked to a number of different genes. Once of the genes that was first singled out in initial studies on the genetic links of obesity was the Fat Mass Associated Gene, which is summed up in the acronym FTO. Other genes located on different chromosomes have been linked to obesity including the leptin gene which is responsible for synthesizing the hormone leptin, a crucial hormone that helps the body detect satiation.  As expected, these genes often play an important path in controlling or curbing appetite as well as metabolic rate.

In terms of heredity, if you have family members who are obese or overweight, your chances of being overweight are also significantly higher.

Is it all due to my genes?

The answer is No. Many obese or overweight people were hoping that scientists would blame their genes for their weight problems. Whilst the genes associated with obesity do play a role, impacting the degree to which people might gain weight, the true cause of weight gain is in lifestyle and diet and in the food we eat and exercise we choose to undertake or to entirely avoid. Even if certain people do carry defective genes which could trigger obesity, the environmental factors (such as overeating or eating the “wrong foods”) need to be present and these latter factors play the more determining role.

Karl M McDonald is a free lance writer specializing in the field of genetics and DNA testing. Articles by the author can be found on many blogs and info sites. Karl M McDonald currently lives in West Sussex, UK with his wife, kids and 2 dogs.

5 Bad Habits You Won’t Do For Your Tooth