Not so long ago it seemed as though every third advert on television was for claims handlers and solicitors offering their services to those seeking compensation for personal injury claims. Many of the claims handlers were paid referral fees by firms of solicitors in exchange for passing over clients gained via their extensive advertising.

There have been changes to the law that now mean that law firms can no longer pay referral fees, which has resulted in a reduction of advertising for people to contact claims handlers with their personal injury claims.

Another change involves a change to how legal costs for compensation claims are paid. Prior to the changes, you could make a ‘no-win, no-fee’ agreement and not pay anything if you lost (your costs and the costs of the other person would be met by an insurance policy in your name). If you won, you would not pay anything either because all of your costs would be paid by the losing side (the person who had caused your injury).

Now, though, the government has attempted to make the claimant (i.e. the injured person) take more financial responsibility for bringing a claim. The new rules mean that if you lose, your insurance policy (taken out when entering a no-win, no-fee agreement) would pay the other person’s costs as before. But if you win, you will potentially have to give up to 25% of your compensation to your legal team for their ‘success fee.’ 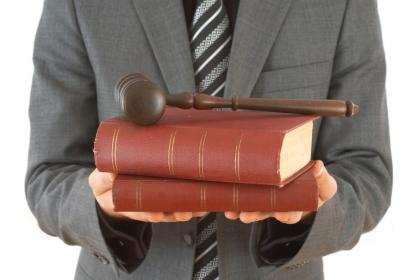 The legal bill for all the time spent on your case would be paid by the losing side, but the ‘success fee’ is a bonus that personal injury experts build into their budgets to allow them to continue to offer no-win, no-fee agreements. If solicitors did not have that additional income they could not afford to take on anything other than rock-solid claims because they would potentially lose time and money on cases that did not succeed. Previously the success fee was also paid by the losing side but under the new rules you would pay that out of your compensation.

But compensation amounts are calculated and awarded on the amount that a court considers is justified, bearing in mind the nature of a person’s injuries, how much pain and suffering has been involved and what the future is likely to hold for that person’s recovery. Can it be right for solicitors to then take 25% of that amount?

There are several elements to compensation awards: there is an amount awarded for ‘pain and suffering,’ amounts calculated to meet the costs of medical bills and other out-of-pocket expenses related to the case, and amounts calculated to cover the costs of managing the injured person’s care (such as private medical care, alterations to the person’s car and home, and loss of future earnings).

The part of compensation from which the success fee is deducted will be that part of the overall award that relates to ‘pain and suffering.’ So the claimant will still be fully reimbursed for their out-of-pocket expenses and receive full payment for any losses and future losses.

Furthermore, the amounts that a court awards for different injuries are based on guidelines. They have guideline amounts for, say, how much a lost limb is worth. Those amounts have been increased by 10%, which helps to offset the changes made by the government.

The changes were brought in under the Legal Aid, Sentencing and Punishment of Offenders (LASPO) Act 2012 and have been in effect since April 2013.

What Are The Basic Firearms Laws?

Misconceptions About Alcohol That Can Cause You Legal Problems