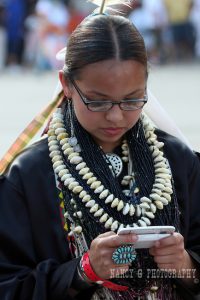 Because of the way they are portrayed in picture books and on television, Native Americans often have serious negative stereotypes to overcome as they seek to function in modern society while taking steps to preserve their culture. Social media provides a way in which they can overcome these stereotypes using the power of technology. When wielded appropriately, social media can be highly effective at showcasing what is good and beautiful about a culture while disproving stereotypes.

Using social media in this way is a relatively new concept for the Native American population, primarily because they had limited connectivity until the rise of the mobile web. According to the Pew Research Center, Native American tribal lands were slow to get access to broadband and other high-speed Internet options.

Because of this, Internet based technology was slow to reach these people groups until the rise of the mobile web. This fact, combined with a very young population among many Native American groups, has created a culture where mobile technology trumps desktop and laptop technology. As social media sites have been quick to embrace the mobile web, this has created a situation where Native Americans can take their message to the masses via social media.

Social media provides those who are interested in battling negative stereotypes a global audience. Rather than focusing on just those people with whom an advocate can come in contact with, through social media, they can reach the entire world.

This was clearly seen in a recent incident wherein Victoria’s Secret placed a traditional headdress on the head of one of its models. Through the power of social media, Native Americans staged a public outcry for this inappropriate garb, which resulted in an apology from the lingerie giant. This cultural faux pas also brought national attention to the traditions of the Native American people. What made the action so offensive was the fact that the headdress was considered a symbol of honor and dignity to tribal heads and spiritual leaders, yet Victoria Secret turned it into a symbol of something far different.

Not the Only Innovation

This reliance on social media has shown that the Native American communities can use technology to teach more about their cultures and how they contribute to modern society, but it’s not the only innovation. For instance, the Chickasaw culture has branched past social media and launched their own website dedicated to preserving and educating about their people and their culture, including a .tv site that brings videos and interactive games to the world to showcase the people of the Chickasaw nation.

Are there potential drawbacks to the use of social media in this way? Not many, but as with any change, there are cons to consider. First, social media isn’t going to reach everyone. It will reach the younger generation far more effectively than the older generation, and it’s the older people who may be pushing stereotypes more than others. Second, posts on social media sites tend to be viewed and shared by people who already agree with them. Those who should pay attention often shrug off positive messages.

Still, it seems that social media is providing a platform for today’s Native Americans to show who they are and fight offensive images and ideas about their culture. As more and more Native Americans get online, it seems that this trend will continue to develop. Hopefully the end result will be a better-educated national population that appreciates the people who founded this nation.

Muay Thai In The Market Online