The economy may be intangible, but it still follows the law of physics, meaning that after going up, it will inevitably fall right back down. There are moves you can make during the good times to help secure your finances so that you’re ready to thrive when the economy weakens and the financial sector begins to look bleak. 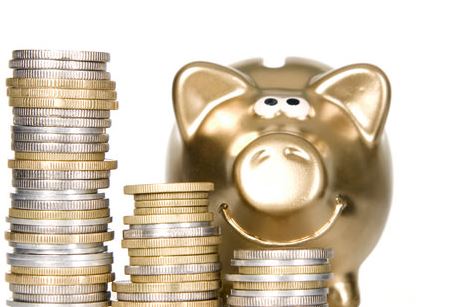 A non-correlated asset is one whose value is not tied to the market. Assets in this class can often be impervious to changes in the economy as well. One example of a non-correlated asset would be rare coins, such as those mentioned on Rocky Mountain Coin Inc. In fact, rare coins can even become more valuable when the economy weakens and people get scared. Other options can include the more conservative fixed investment such as bonds and certificates of deposit.

Debt ties up your future income and when a shaky economy sets in, bringing layoffs and manufacturing slowdowns with it, the last thing you want is to owe creditors money. If you stay away from loans and credit cards when the economy is good you’ll have fewer payments to make, fewer expenses, and less to concern yourself with once the economy goes awry.

When the economy slows down and every other news story is about layoffs and firings, it’s easy to reassess your budget and start saving because you’re scared. It’s when times are good that people most often fall out of the savings habit, yet that’s exactly when they should be saving. That way, they can be safer and more secure when the economy hits a down cycle.

Use Dollar-Cost Averaging with Mutual Funds

Dollar-cost averaging is a method of making periodic purchases of specified investments during specified periods. For example, you could buy 50 shares of XYZ stock every month. The goal behind this strategy is to level out your cost basis by ensuring you’re buying the shares when the price is low, not just when it’s high. By employing this strategy with professionally managed mutual funds, you can take advantage of market lows during a shaky economy while minimizing your risks of loss.

It’s almost impossible to completely safeguard your finances from the effects of a shaky economy, but using the methods above you can definitely position yourself to withstand the movement of the economy, no matter where it takes you.

3 Life Upgrades That Are Worth Your Money

Moving Forward: 4 Tips for Dealing with Stress and Anxiety from Divorce