Smoking in the workplace is on its way out in most states. Florida is among them, restricting smoking in enclosed indoor workplaces except for stand-alone bars. The Sunshine State’s law, in effect since July 1, 2003, passed because of a state constitutional amendment. Florida, however, controls smoking at the state level, forbidding local jurisdictions from amending the law.

Florida makes its workplace rules simple: smoking is prohibited throughout the workplace. That means Florida’s laws does not discuss the particular areas in the establishment where smoking is permissible.

It is important that businesses follow the law, inclusive of areas in and around the business. It may not be enough to forbid smoking in the building, but immediately around the building such as by entranceways.

There is only one designated smoking area allowed in public places: at airports. Even there, the limitations for such areas are highly restrictive.

At Florida airports, a smoking area may be found in in-transit lounge. It is found in a common area and fully enclosed by a physical barrier. It cannot be penetrated by secondhand smoke and tobacco smoke must exit directly to the outside. Moreover, signage requirements must be followed. 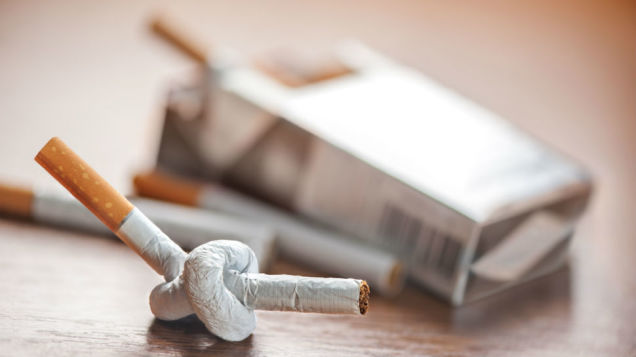 In Florida, businesses are required to formulate non-smoking policies and articulate same to their employees. This information should be reflected in training procedures and employee manuals.

Businesses may post “no smoking” signs to reinforce its policy. They may augment these signs with other warning methods as desired.

In 2008, the Tobacco Free Florida organization was formed with the intent “to protect the people of Florida from the dangers of tobacco.” To that end the group established four pillars to advance its initiatives.

First, to promote cessation of tobacco use.

Second, prevent the initiation of tobacco use among youth and adults.

The Tobacco Free Florida campaign has worked to address smoking among certain demographics, particularly youths ranging in age from 11 to 17 and adults from age 18 to 24. Furthermore, the campaign has also reached out to pregnant women, low-income households, small businesses, parents and chronic disease sufferers.

Besides offering a Quitline to assist people, the organization has developed advertisements in Spanish and Haitian Creole to augment its English language ads. Public service announcements in newspapers, television, radio and social media have been used to reach people. The organization also works with businesses and counts WalMart and one of its partners.

People who desire to quit smoking often turn to support groups, physicians and family to help them quit. Another option is to embrace smokeless devices such as vaporizer kits. These kits provide the pleasure of smoking without the dangers explains Vaped Inc.