The high level of the hotel is confirmed not only by its luxury, but also by its environmental friendliness. Therefore, it’s not a secret that many travelers are looking for options to be closer to nature, and to see as many green spaces as possible on the territory.

Fortunately, there are several attractive places in the world to stay that look more like a garden or even a forest than a hotel. They are located both in the centers of big cities and in wild suburbs. Thus if you want to spend time in one of them, we recommend that you use a vehicle from 14cars to find and get to them without any problems. 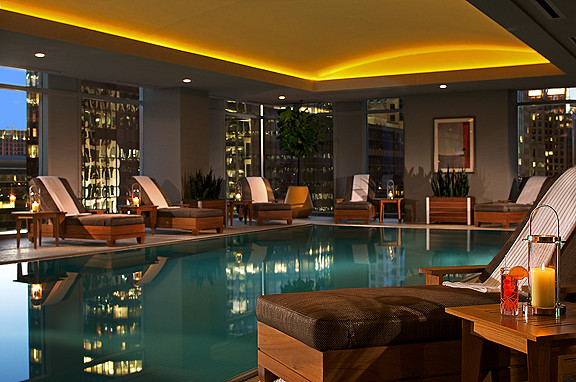 The Ritz-Carlton doesn’t need introduction. This is one of the largest hotel chains in the world with a rich history. It’s nice that such a giant takes care of the environment. The staff’s clothing in the Ritz-Carlton, Charlotte is made from recycled materials.

The latest technologies used in the rooms reduce the consumption of electricity and water by 30% compared with conventional hotels. The roof is covered with a real lawn and has a garden where there are several beehives, as well as mint, lavender and other herbs. The Ritz-Carlton, Charlotte demonstrates by its own example that green roofs help reduce the greenhouse effect in big cities, because they protect the building and the air from overheating. 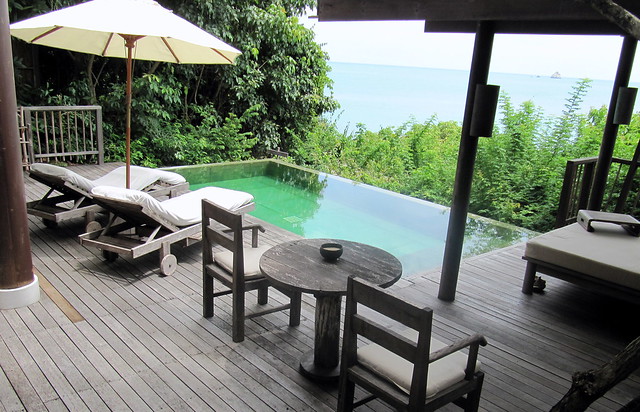 Six Senses villas are lost among the jungle in a secluded island of Koh Samui. These thatched-roof huts feature rather primitive appearance, but they strike with an elegant interior.

Six Senses Samui has its own garden where organic vegetables and fruits are grown. In addition, guests are offered training programs to familiarize themselves with the flora and fauna of the island. The idea of ​​complete unity with nature is also reflected in the policy of the resort: careful sewage treatment, sorting and recycling of garbage, the use of special fuels with reduced carbon dioxide emissions. 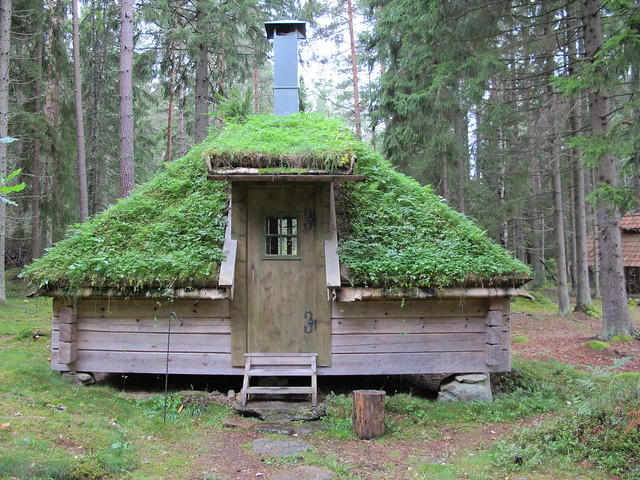 The houses of the Urnatur hotel complex look like lodgings of fabulous forest dwellers. Flooded by the sun, with green roofs and fragrant smoke from a chimney, unusual rooms will delight both children and adults.

The creators of Urnatur give the opportunity to feel the ancient man and learn to understand nature. Guests can go for a walk in the forest accompanied by guides who will tell them about the local birds and animals.

Here you can brew tea from the collected fragrant herbs and berries. Kerosene lamps are used in the lighting of an unusual hotel, and solar panels in the heating of rooms. 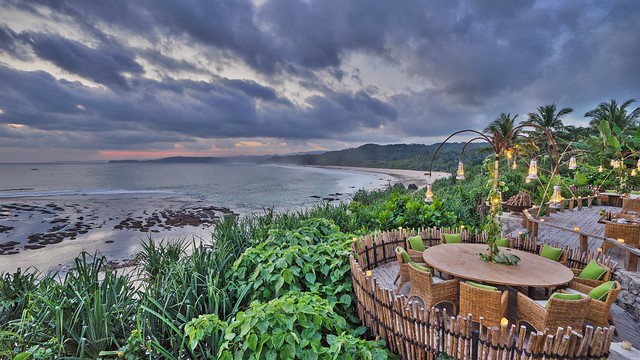 Nihiwatu is a paradise for surfers and divers. The founder of the resort, Claude Graves, moved to Sumba Island with his wife in 1984 in search of the perfect place, and they found it!

Peace, unique natural beauty, huge beaches and stunning waves – it’s hard to imagine something better for the full relaxation. Soon, travelers from all over the world began to arrive at the improvised surfing camp. Despite the increased popularity of Nihiwatu, Claude keeps the number of visitors at the lowest possible level so as not to disturb the fragile nature of the island. Claude Graves also established a charitable foundation that educates the local population about recycling and protecting endangered animals and birds on the island. 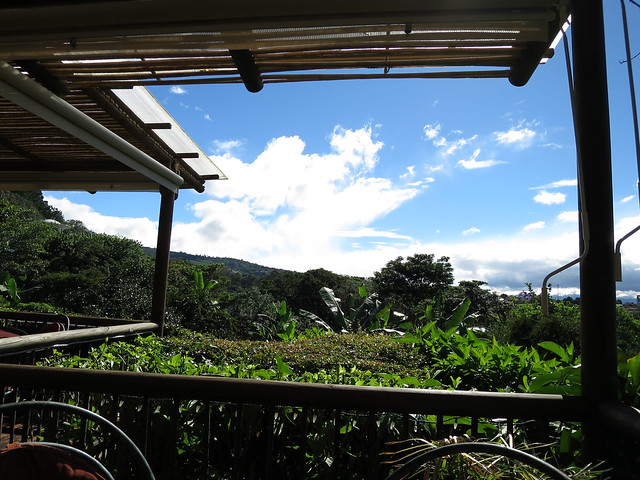 The eco-friendly Finca Rosa Hotel is located in the tropics on an organic coffee plantation. The building was erected by using innovative technologies and materials from recycled sources, as well as equipped with an underground electrical system.

The pulp of coffee fruits along with organic waste is sent to compost pits for processing. Coffee pulp processed there serves as fertilizer.

Organic vegetables and fruits from the garden are served on the table. In order to support the economy of the region, only locals work on the plantations and in the hotel. 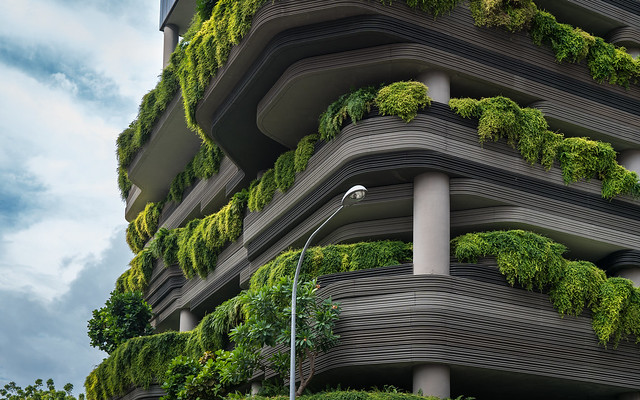 Every fourth level of the 16-storey Parkroyal on Pickering is a lush garden with terraces, lots of crystal clear cascades and waterfalls. The interior of the hotel is made of natural wood, stone, pebbles and huge glass structures. 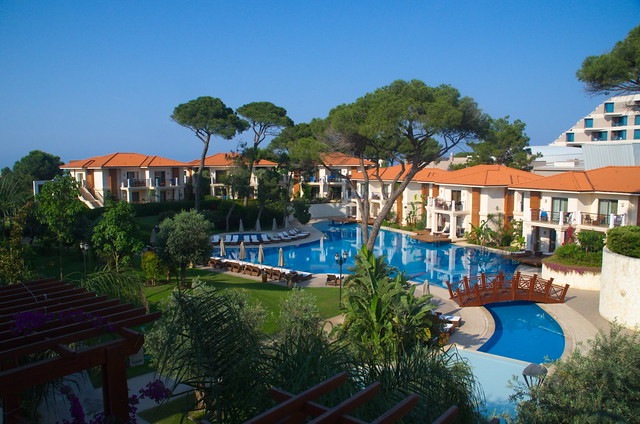 The air inside the hotel is filled with the tart aroma of pine trees, and the seashore is awarded with the Blue Flag. This means the quality of water on this beach is the highest, and the bathing process is the safest.

This is especially valuable when choosing a hotel for families with children, since the Turkish coast is one of the most popular holiday destinations. In order to preserve the beauty of the surrounding nature, the resort implements numerous initiatives. It’s not a coincidence that Ela Quality Resort was awarded the Travel Life Gold prize for environmental sustainability in tourism. For example, one of the large pools of Ela Quality Resort has a green energy heating system, which is obtained from renewable natural sources – wind, sunlight, and tides.

By the way, with the help of various educational and entertainment programs, including the ceremonial planting of trees and plants, the young guests of the hotel are taught to respect nature.

5 Amazing Places In Brisbane You Should See Firstly!