According to the American Academy of Periodontology, about three out of four Americans have some form of gum disease, which ranges from mild gingivitis to more severe conditions such as periodontitis. Even with these staggering stats, only about three percent seek treatment. Our teeth tend to get neglected more so than other areas of the body, and this is much to our detriment. There are lots of myths about gum disease, and dispelling them is important for oral health and overall health.

Bleeding Gums are Nothing to Be Concerned About

Yes, they are something to be concerned about. If your gums are bleeding that is a surefire sign of periodontal disease. Gum disease is associated with an increased risk of a host of health problems, from diabetes to heart disease. In fact, a recent blog post found on http://www.smilesbyandrews.com/ noted that gum disease is associated with higher medical costs overall because of the increased risk of developing other conditions. 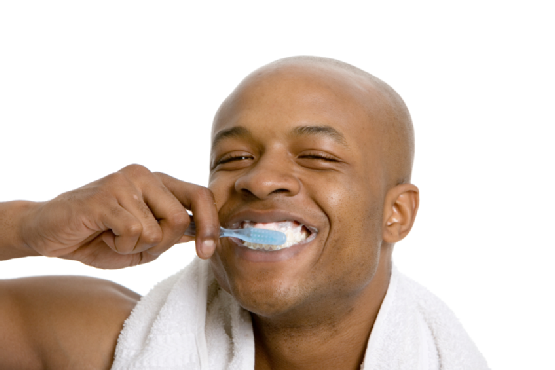 Poor Oral Hygiene is the Only Way to Get Gum Disease

While improperly caring for your teeth and gums is certainly a biggie when it comes to developing gum disease, it is far from the only contributing factor. Other things that may lead to gum disease include tobacco use, poor diet, stress and poor genetics among other risks. If you are interested in evaluating yours, the AARP offers a free test online to assess your risk.

Gum disease is one of the most common forms of tooth loss in adults, but a tooth lost to this condition is not one lost forever. Periodontists not only treat gum disease, but have expertise in dental implants, which can permanently replace any teeth lost. Dental implants are artificial tooth roots placed into the jaw to hold a replacement tooth. Success rates with this procedure are high—98 percent—and with proper care, you will be able to eat, smile and speak with confidence. A survey by the American Academy of Periodontology found that more than 70 percent of people were either ‘pleased’ or ‘extremely satisfied’ with the results of their dental implants.

Being Cavity Free Indicates an Absence of Gum Disease

Many people assume that since they don’t have any cavities, they must not have gum disease, but they are two very different animals. A cavity-free mouth does not indicate sparkling oral health on all fronts by any means. Gum disease is often painless, and symptoms tend not to show until it gets to a more severe stage. The first stage, gingivitis, indicated by bleeding swollen gums, is the only one that is completely reversible, provided you engage in proper oral care moving forward.

Gum Disease is a Natural Part of Aging

While our bodies may not be as resilient and the natural aging process predisposes us to developing certain health problems, this does not mean we are designed to just completely fall apart. Gum disease in particular is not just a normal part of aging. It is caused by a buildup of plaque, which is a result of poor oral hygiene, and in seniors in particular, receding gums, dry mouth and the use of certain medications.

Signs That Your Partner Has Stopped Loving Them

Pros and Cons Of Using A Mouthwash