Back in the good old days, Dad would have a cup of coffee to go, and Mom would sip from a cup most of the morning. Now, parents and kids are slamming back coffee, soda, energy drinks and even caffeine pills in a desperate attempt to be somewhat awake. We’ve become wholly dependent on the stimulant, and we might not even realize how fully it pervades our life. Here are the top four reasons we consume too much caffeine.

We don’t Know what Normal Amounts are, Anymore

CNN tells the story of a trucker, Christian Brenner, who took five Magnum 357 caffeine pills and almost lost control of his vehicle. Each of the pills he took contains 200 milligrams of caffeine, 200, almost six times what a can of can of Coca-Cola contains. The amount he took, 1,000 milligrams, is equal to 29.5 cans of soda. Sadly, for a trucker, this isn’t uncommon.

We Work Too Much

Truckers get so little sleep that they’ve actually instituted an industry-wide push for electronic on-board recorders (EOBRS) to be put in every truck. These devices remind truckers when it’s time to stop for a rest, and when it’s time to sleep. It sounds like both of those things would come pretty naturally, but the trucking industry is an extreme example of what happens when profitability and workaholism come before basic needs like sleep. Caffeine is often used to plug that gap, which can lead to a caffeine overdose in some individuals. 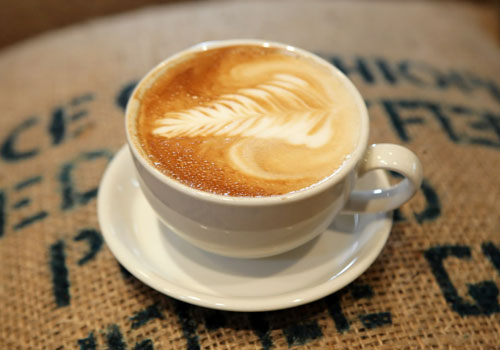 We Play Too Much

For those of us who aren’t dedicating 70 hours a week to driving, we’re lured into staying awake far past our recommended bedtimes by our menagerie of gadgets. Blue light, especially popular in devices because of its soothing nature, actually signals our brains to be alert. Blue-spectrum light comes with the morning sky, so we’re hardwired to think of it as a component of morning time. So, turn off the devices, read a book and get some sleep so you’re not chugging caffeine the next day.

We don’t Know Enough About Caffeine

We’ve been trained to think that caffeine is the best way to stay alert. Most commonly, it can also make users dizzy and increase the heart rate. Too much caffeine, especially for those with a caffeine sensitivity, can also result in nausea, vomit and/or diarrhea. Caffeine can also affect moods: It makes some people feel irritable and nervous, and is especially bad for those with anxiety or depression.

Thankfully, it’s incredibly rare to die from a caffeine overdose, but it’s not hard to feel the effects of having too much of it. Brenner, the trucker who swallowed 1,000 milligrams of caffeine in a few gulps, reported that everything started to shake—his vision, his body, even his truck. He was able to safely make it to the side of the road, but his story serves as a reminder that caffeine is indeed a drug and should be handled with caution.

Kiwi- A Beautiful and Healthy Fruit