One of the most important concerns, especially for women at the time of renovation is the kitchen. Kitchen is not just a place to get right because there is a lot of activity that is done in the kitchen, but that is important from health and hygiene’s point of view as well It should be well planned and placed considering the convenience and cleanliness.

Other than situating it rightly, decorating it smartly is another thing. Above all, how the place looks defines the organization and discipline of its keepers as well. So, the room being fashionable and according to the contemporary trends is extremely important. 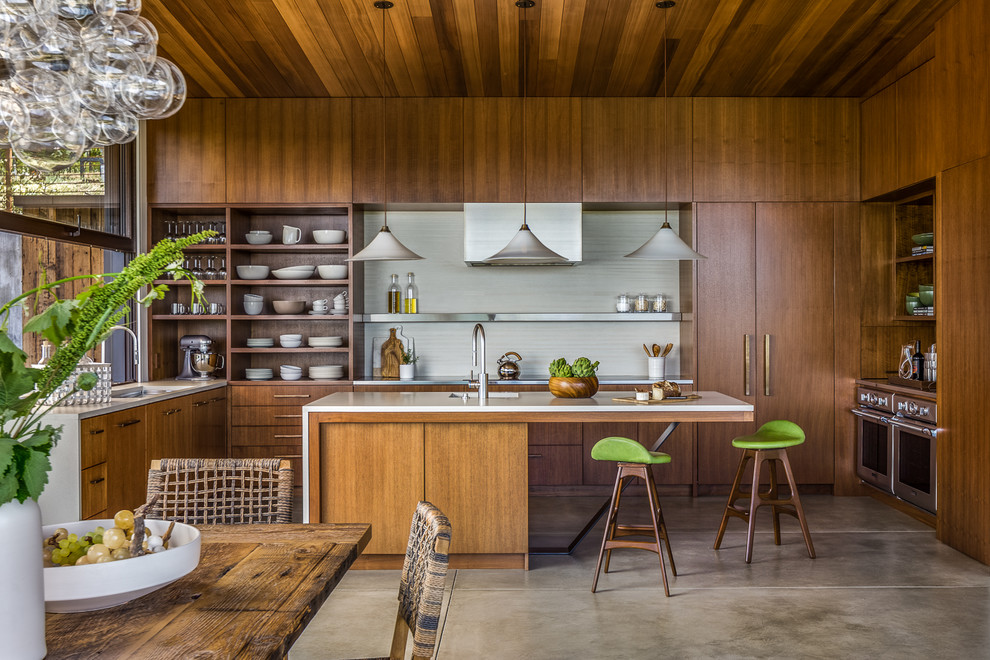 In this blog, we will be discussing the top 6 layouts people are following for their kitchen in Asia.

So below are the 6 marvelous kitchen layouts:

In case you have a massive place and you want to accommodate the family to eat in the kitchen as well, the U-shaped kitchen is the best fit. The shape doesn’t only offer a large area for kitchen counters at both ends and a good setting to place cabinets or sink at the curve. The space in the center can be used to place a dining table for the family to have their meals in the kitchen.

The kind of setting it offers makes sure that you use the kitchen at the full potential. You can also partition in two different major sections like cooking and baking, or anything else that fits the best to you.

The difference in the shape of “L” and “U” better defines how the two layouts look. Depending on your choice and the space available you can decide on your kitchen. The L shape will deprive you of the counter in front of the other side. However, if you have enough space you can have either both or at least one of the sides a little extra long to compensate the space.

The L shaped layout is a long followed style for kitchen especially in the cities like Karachi, Lahore, Islamabad and Rawalpindi.

This is probably the most followed and the newest approach in the kitchen. The island kitchen is a widely used layout in the cooking shows these days. That is also one of the reasons the layout is much liked among the masses.

The layout offers a lot of decorating options. The counter in the center separated from three sides surrounding it renders an excellent space to present the things better.

The approach has run out of fashion lately. The layout offers space in the form of two walls in front of each other. But this is not much suited to operate freely. You don’t need a lot of space to settle this type of kitchen. It can still be suitable if you don’t need to do a lot of activity in the kitchen.

Often referred to as the horse-shoe, the layout doesn’t allow a person to move freely in the kitchen. There is only a small space to enter and exit. This suits especially the houses that don’t have enough space to accommodate an island in the kitchen but want to work the same way.

Don’t think it to be anything less because we have talked about it in the last. The layout is one of the most liked and extravagant ones when it comes to kitchen designing. The layout has two long counters with a space in the middle. Like U shaped, you have the option to have to separate sections. This allows you to execute numerous design options. But the question is; if you have two islands, which one will you be using? Or you will be using both?

A Day-Long Art Tour In Rome

Things That We Should Prepare for Urban Traveling