Infographics are almost immeasurably useful. The user-friendly, colorful way they highlight key data points convey meaning in our visual culture better than most other forms of communication. But as so many individuals, campaigns, artists, corporations, etc. have become aware of this extremely effective medium of conveying their messages, infographics are becoming highly normalized. By this I mean, more specifically, that the web is becoming overly saturated with infographics. I didn’t want to be the one to burst anyone’s bubble, and I don’t want to create any panic. I’m not worried. I’m just curious about how infographics can and will evolve. 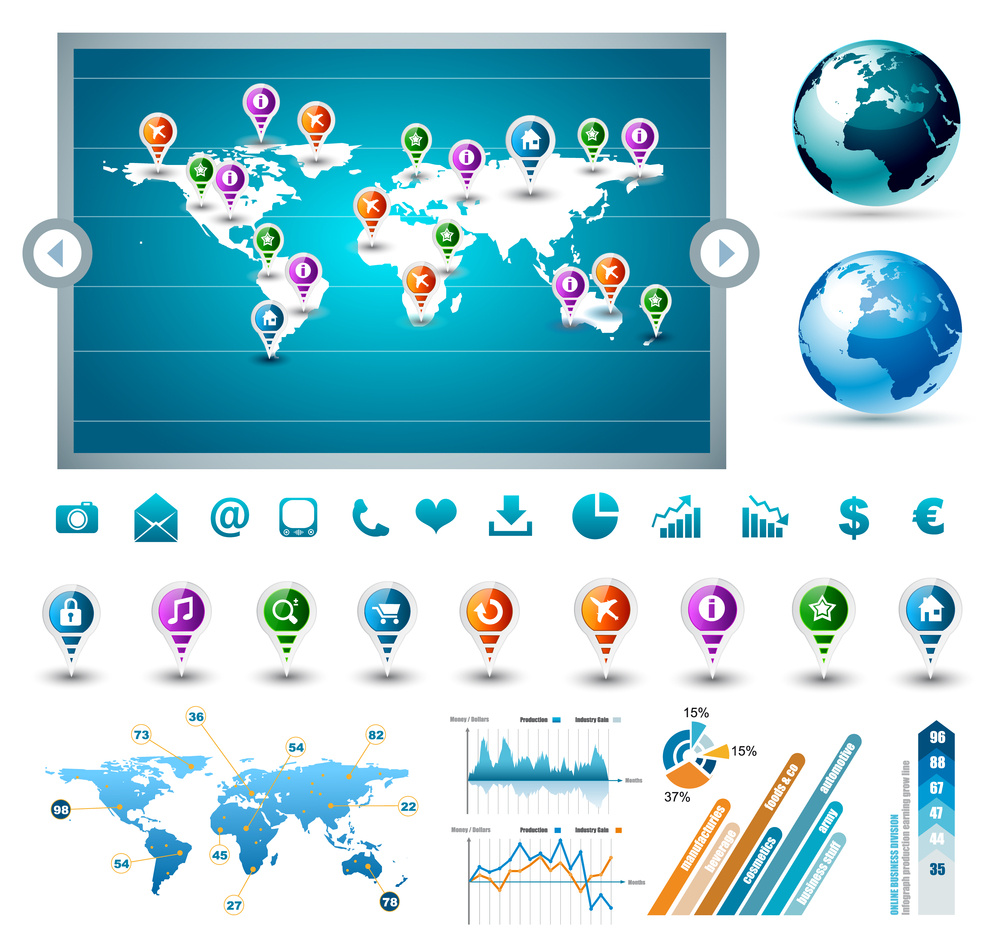 It’s obvious that new marketing mediums are becoming increasingly interactive. And alongside this trend, infographics are likely to become more consumable and even more approachable in interactive forms. And all the buzz a few years ago was around 3D infographics. What’s happened with this potential evolution of 3D e-content and why aren’t you using it right now?

What are 3D Infographics?

You can find hand-made, paper-based 3D infographics, like the one’s pictured here, which are artistically fascinating and yet, obviously, time consuming projects. They can serve, however, as inspiration for digital 3D infographics as they allow designers to widen their canvas and explore new means of visually illustrating complex information. These 3D infographics are actually larger than life and are noteworthy in their ability to convey how small objects can have a significantly larger impact in the wider system.

Growth in the Technology

These visually stunning digital 3D infographics utilize animation to integrate their creators’ stories, commentary, and knowledge into their informative message. To further give voice to the information and spread their messages, 3D infographics have been projected in public spaces, like this one in New York’s Grand Central Station. The recent developments in 3D printing have also given rise to new concepts in converting static infographics into 3D models. There are some design studios that specialize in 2D animated infographics and these are preferred still by some clients who prefer their simplicity, see the UNODC’s campaign against corruption for a pertinent example. However, the most dynamic trend remains animation, which utilizes unique graphic framing and 3D perspective effects.

With Whom and Where to Find It

With examples like Thought Café, a Canadian-based design firm producing exciting animated infographics on behalf of nonprofit and activist projects, whose products are more highly developed in content than in technical pizzazz. If you’re looking to learn more about the technical aspects of animated 3D infographics, look no further than the first reference book on the subject published last year. Informotion explains the key principles of conveying data visually through animated infographics and how the future of 3D moving images will evolve.

Using The Internet To Find A Job

No fun and games: DDoS attacks use game servers