According to the Center for Disease Control (CDC), over2.3 million people were treated in a hospital emergency room in 2009 for injuries sustained from a motor vehicle accident. In 2010, there were just under5.5 million auto accidents total, and, even worst, according to the National Highway Traffic Safety Administration (NHTSA), in 2011 (the last year complete statistics are available), there were a total of29,757 fatal car crashes in the United States. 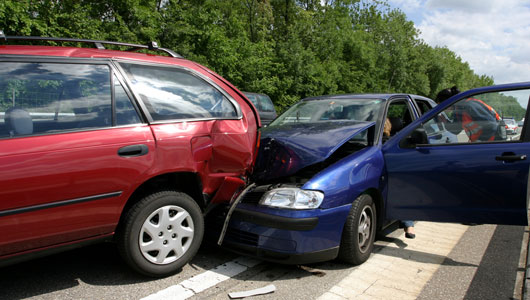 There are a few states where the drivers seem to be getting it right, however. Here are the top five states that report the fewest number of vehicle-related injuries and deaths.

In 2010, the state with the lowest vehicle fatality rate for all states in the country (4.9 people for every 100,000) was Massachusetts. The NHTSA reports that in 2011, there were337 traffic related fatalities in Massachusetts, down 3% from 2010.

This surprises many people considering how congested the streets are, and how fast-paced life seems in New York. However, in 2010, New York had only6.19 traffic-related fatalities for every 100,000 people. This puts them in line right behind Washington D.C. and New York.

What is it about these areas that makes it less likely for someone to die in a vehicle-related accident? There are many reasons, including the fact that the rate of speed at which people drive in congested areas is lower than it is on more open roads. In urban areas, there also tend to be fewer drivers on the road, with more people biking to work and using public transportation. When we have more transportation options at our disposal, it just makes sense that the roads will be safer.

This holds true for those who may otherwise drive while intoxicated. In urban area where 24-hour public transportation is available, there is no need to drive while impaired. If more localities offered 24-hour public transportation, certainly the fatality rate would go down nationally. As it stands, most fatal accidents reported by the NHTSA in 2011 occurred on Friday and Saturday nights between midnight and 3 a.m. In those cases where the results of alcohol tests were known, approximately 30 percent of the fatalities (a total of 9,001) involved impaired driving.

When looking at the national picture overall, the numbers related to traffic fatalities are certainly stunning, but by driving sober, learning to drive defensively, and not driving while distracted (a leading cause of accidents), you can go a long way in helping yourself to avoid becoming a statistic.

In A Car Accident In New York? This Is What You Should Do